Jump off this Bridge (USA) 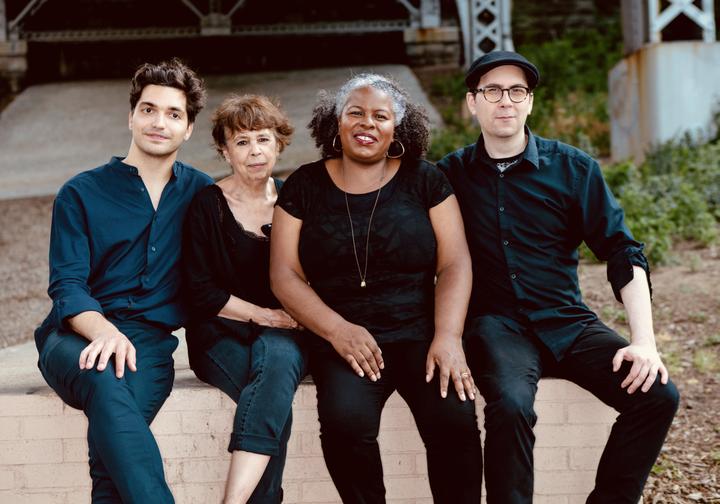 In regards to television & Broadway, she has appeared on Saturday Night Live (SNL) & Late Night With Stephen Colbert; performed in Broadway orchestras for Les Miserablé, An American In Paris, A Gentleman’s Guide to Love and Murder, Gypsy, Ms. Saigon, Tommy, Carousel, and Kiss of the Spider Woman. In regards to classical orchestras, she is currently a member of the Greenwich Symphony and previously performed with the New Jersey Symphony, the Brooklyn Philharmonic, and the Palm Beach Opera.

As a bandleader, her 2008 CD, "Dark Wood Explorations," a duo project with jazz bassist Joe Fonda, was met with high praise internationally and launched a them on a successful 2009 European tour.

Virg has composed music for documentary films, television, and cartoons. With Greg Ford, she co-wrote the tune “Monsters Lead Such Interesting Lives,” sung by Mel Tormé in the Warner Bros. cartoon “Night of the Living Duck.” This song is included on the Rhino Records 1999 release, Mel Tormé at the Movies.

Having studied improvisation with Connie Crothers for a number of years, Virg was one of the producers (with Kazzrie Jaxen, Carol Liebowitz, and Andrea Wolper) of "Love & Music: A Celebration of Connie Crothers,” a memorial tribute to Ms. Crothers, featuring more than 70 musicians, artists, dancers, and poets.

Eli Asher
Equally at home in a variety of styles from the traditional to the avant-garde, for over fifteen years trumpeter Eli Asher has found most constant expression in The Respect Sextet. “Respect” seamlessly blends music of innumerable idioms and conceptual approaches with unscripted improvisation, experimentation and unbridled hilarity, earning raves from Newsweek, The New Yorker, The Wall Street Journal, and The New York Times, called Respect "ambitious music with a smart-alecky affect, ranging broadly from the antic to the deadpan". He has also performed with the Bjorkestra, Bang on a Can's Asphalt Orchestra, Tilt Brass, Darcy James Argue's Secret Society, The Gregory Brothers, Signal Ensemble, Slavic Soul Party!, and Jose Gonzalez. Currently he can be heard with Patrick Brennan’s Transparency Kestra, the Open Tabs, Joe Abba’s Funk Unit, and Trio Generale.

Leonid Galaganov
Leonid Galaganov is a New York City based composer, improviser and multi-instrumentalist from a remote Russian Old Believer settlement in Estonia. With an eclectic background in jazz, classical, world and spiritual music, Leonid has also done interdisciplinary work with dance, poetry, theatre, film and paintings. He has performed his music at many NYC venues including Roulette, the Stone, Cornelia Street Cafe, Judson Church, Vision Festival, and has toured around Estonia, Finland, Latvia, Lithuania, Russia, Brazil, the UK and the US.

The main focus of Leonid's work is the continuous imagination of new possibilities in the world of sound and beyond. While some of his works are through composed, other projects gather together unique musicians to realize the poetry of sound through diverse languages of improvisation and structure.

As part of his formal education, Leonid studied orchestral conducting at Tallinn University as well as music performance and composition at NYU, from where he graduated with a BM in jazz studies; currently he is studying at SUNY Purchase for a Master's degree in classical composition. In his present performance practice Leonid uses the drum kit, shakuhachi, waterphone, hand drums and other percussion instruments.