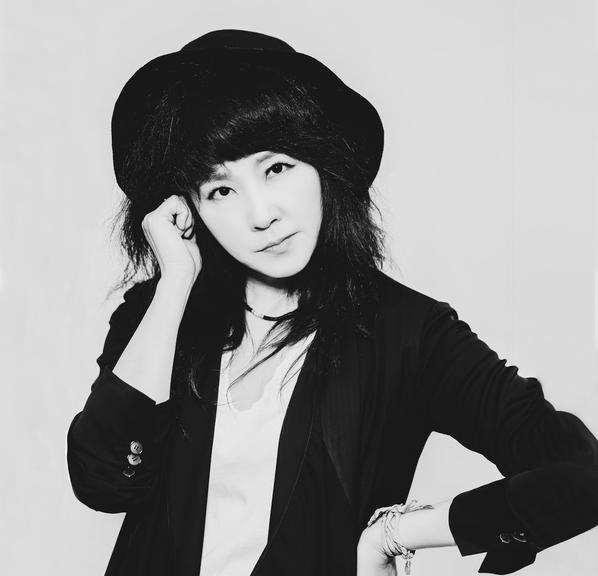 20 years after the release of her first album, Korean singer Youn Sun Nah will release her new album end of January 2022, A full personal songwriter album where she wrote both music and lyrics: 11 songs in the path of the different universes of her discography, from jazz, pop, folk and world music and revealing new cinematographic and poetic dimensions. Even more than her previous records, the groove of this one is marked by her own history.

A new repertoire that she will revisit on stage with a brand new band: voice-bass- guitars-keyboards. American bassist Brad Christopher Jones will cross strings and soul with the French guitarist Thomas Naïm and pianist/keyboardist Tony Paeleman. Each of them will perform his own instrument as acoustic and electric, suggesting that the changes of climates specific to Youn Sun Nah's shows will be more than ever present!

Youn Sun Nah was born and raised in Seoul in a voice-loving family; her father was a choirmaster and her mother a musical actress. She learned to play the piano as a child but concentrated on her general studies until she graduated from Konkuk University with a degree in Arts in 1992.

The following year, she was invited by the Korean Symphony Orchestra to sing gospel songs. She made her first steps on record and on stage. Following this experience, she was noticed and hired in musicals. A career opened up for her but she was not convinced that she was on the right track. She finally decided to go back to school to study music and singing in depth.

A Francophile and a song lover, she came to Paris in the autumn of 1995. She enrolled at the Institut National de Musique de Beauvais, at the Nadia and Lili Boulanger Conservatory and at the CIM, a school of jazz and contemporary music. It was there that something clicked.

At the turn of the year 2000, she made her first tours and won prizes in jazz festivals competitions. This was the beginning of a long list of distinctions culminating with the Chevalier des Arts et des Lettres title awarded by the French Ministry of Culture in 2009 and the Sejong Culture Prize awarded by the Korean government in 2014.

From her first album Reflets, released in 2001 in Korea, to 2008 Voyage, which was released worldwide, she gradually established herself as a vocal jazz star.

It is with Same girl, released in 2010, that her career takes on an international dimension. This album is a critical and commercial success in Europe, particularly in France (gold disc and Jazz Academy Award) and Germany (Echo Jazz Award), as well as in Korea (Korean Music Award). She then travelled to the biggest international jazz festivals, including Montreux Jazz, which also entrusted her with the Presidency of the Jury of the Voix competition in 2013.

The Lento album, released in 2013, also went gold in France and Germany, making her one of the most important contemporary figures in jazz.

As seasons go by, her voice and her personality leave their mark and touch hearts all over the world. Between 2009 and 2015, Youn Sun Nah gave more than 500 concerts around the world, most of them sold out. On 23 February 2014, she made a stop in Sochi to sing at the Winter Olympics closing ceremony.

The National Theatre of Korea entrusted her with the artistic direction of the 2015 edition of the Yeowoorak Korean traditional music festival. For this occasion, she curated and supervised several creations between Korean and international musicians

After six full seasons, she decided to take a break. She made her comeback in 2017 with the album She moves on which she performed in Europe, North America and Korea. That same year, she participated in the International Jazz Day concert in Havana, alongside Herbie Hancock, Regina Carter, Esperanza Spalding and Antonio Sanchez, among others.

2019 marks a new turning point in her career: a signing to Arts Music, a division of Warner Music Group, and the release of her tenth album Immersion, followed by a new international tour. On November 28, she was appointed Officier des Arts et des Lettres by the French Ministry of Culture.

Starting at the end of January 2022, Youn Sun Nah returns to the stage with a new repertoire which will also be based on an album entitled Waking World (release : January 28 2022 on the Warner Arts Music label).