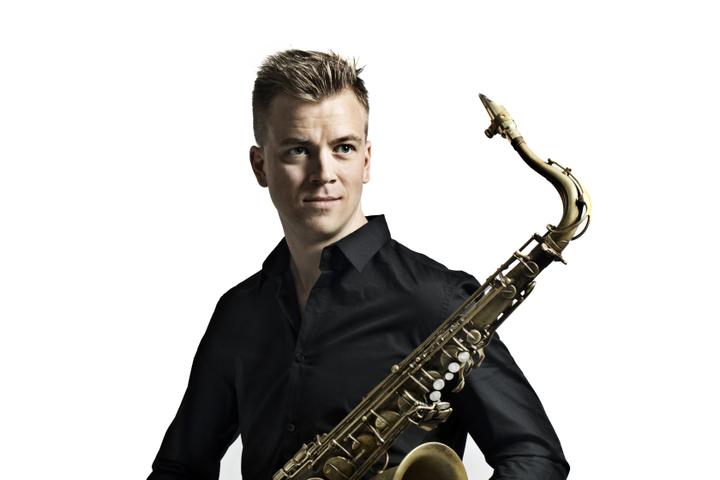 In April 2011, Norwegian-born/Copenhagen-based saxophonist Marius Neset released his debut album Golden Xplosion which led to the saxophonist and composer becoming one of the most talked about newcomers on the European jazz scene. Described by Terje Mosnes (Dagbladet) as “the most talented Norwegian saxophonist since Jan Garbarek,” he has continued to dazzle audiences across Europe with his exemplary technique, energetic creativity, imagination and virtuosity on tenor and soprano saxophones, as well as his brilliance as a composer of intricate, compelling music.

His subsequent releases – Birds (2013), Lion (2014) and Pinball (2015) - have proved that Neset is “on his way to being one of the biggest new draws on the circuit”. With 5 years of heavy touring behind him, including sold out shows at some of Europe’s most prestigious festivals including North Sea Jazz, Stuttgart Jazzopen and Kongsberg Jazz Festival.

On tour, the group will be featuring music from Marius’s newest album ‘Circle of Chimes’ release on ACT Music in September 2017, taking the listener on a journey and bringing together his world of influences with remarkable energy, creativity and most of all, his highly original sound.

Legendary American jazz magazine DOWNBEAT selects Marius as the only European resident for their “25 FOR THE FUTURE” list of young and upcoming musicians destined to shape the future of Jazz. According to the magazine Neset is “one of the most exciting artists in jazz”, his “discography reveals not only an impressive technician but also a formidable composer” who “strives for deep originality in his music”. In addition Marius was selected as a special guest to perform live at the 2017 Polar Music Prize to honour winners Sting and Wayne Shorter, televised to over a million people worldwide.

“The most talented Norwegian saxophonist since Jan Garbarek in the 1960s” DAGBLADET [Norway]
“one of the most exciting artists in jazz”, his “discography reveals not only an impressive technician but also a formidable composer” DOWNBEAT [US]
“Marius Neset is a marvel. He makes his instrument dance like a gazelle and soar like an eagle” TELEGRAPH