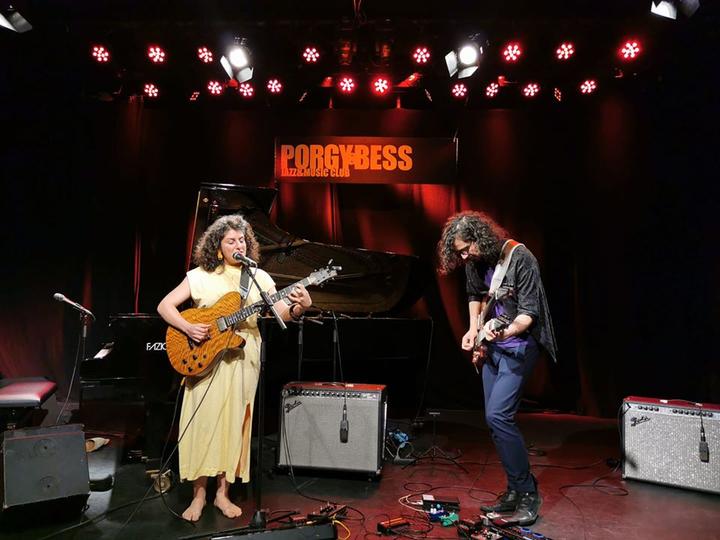 As it will still take some time until we can open our actual doors again, we want to let you enter Porgy & Bess virtually to attend concerts twice a week via Livestreams from the club. We invited different artists from the Austrian Jazz community to perform in small formations -Solos, Duos, Trios (while strictly keeping the necessary distance!). The team around Ronald Matky and Norbert Benesch is taking care of a great sound, Michael Aschauer and Thomas Peterseil are making sure thestreaming/transmission will work flawlessly, so that you can follow our concerts every Thursday and Saturday at 20:30 at www.porgy.at.

As it is momentarily not possible for you to visit us in person, we are giving you the chance to join us from your home. A Live Jazz Living Room Session! Porgy & Bess in your kitchen!

The streams are only accessible once - live- and cannot/ should not/ may not be downloaded. We are basically offering these shows to you for free, nevertheless we would be thankful for any financial contribution. „Pay as you wish“ is our principle.

Join us for our shows online

Welcome to the Club!

Multi-instrumental, multi-lingual and multi-cultural, Golnar & Mahan is the definition of a real cosmopolitan band.

Golnar Shahyar and Mahan Mirarab have been two inseparable musical partners since they first met in Vienna in 2011. Both, influenced by the Iranian culture, they specialise in blending jazz with oriental folk, polyrhythm grooves, Afro-Cuban and European classical music elements. They have created a new way of story-telling in which the lyrics, mostly in Farsi and English, and the compositions go hand in hand. They have been performing internationally with their different bands and produced three CDs under the names of “Choub” and “Sehrang”. Their latest CD “Derakht”, from Golnar & Mahan Trio, together with the Austrian power-house percussionist, Amir Wahba, is said to be “a true masterpiece” by the critics.

Golnar Shahyar s voice being »one of the most powerful sounds you can ever witness« combines tribal chanting with scat singing and Tahrir (a form of oriental yodelling). Mahan Mirarab with his double neck guitars, plays effortlessly between jazz and oriental scales and hypnotises with his groovy, fine and virtuous playing. Amir Wahba, with his unique percussion set, takes the groovy character of the trio to another dimension.

Together with their compositions and improvisations, these three virtues players, create such powerful groovy and lyrical sound that one could claim they re-define the paradigms of world music and jazz. “...Singing like a bird, Golnar tweets gracefully on top of the noble masters, Mahan and Amir. Immensely enchanting, Golnar & Mahan’ s concert is a real symposium of art and philosophy accompanied with inspiring musical harmony between the band members.” - Danas Newspaper.”

“Their music transcends geographical and language barrier.” - All About Jazz
"A musical experience that takes you, in the most beautiful and gentle way, to another distant dimension." - Mica Austria
"When Golnar Shahyar sings, you can easily forget everything else around. The trio is an enrichment to the Austrian music scene." - Helmut Jasper (Ö1)
"With "Derakht" Golnar & Mahan deliver an album that really gets under the skin and while magically attracts with every sound, has an intense effect and simply does not let go until the end. Golnar Shahyar, Mahan Mirarab and Amir Wahba perform a true masterpiece on their debut album, one that will definitely not go unnoticed for its extraordinary beautiful and lyrical sound." - Mica Austria