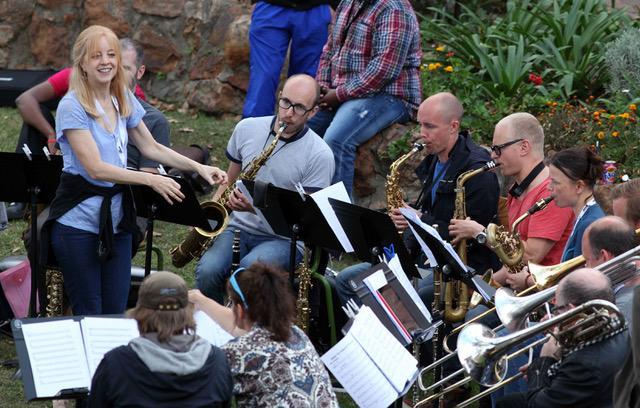 The foremost Norwegian newspaper Dagbladet defined the opening concert at the Molde festival as "an earthquake we will remember for a long time". Another acclaimed jazz critic refered to the concert as the the most dazzling, original and personalized big band concert he had ever experienced. Right before the concerts at the North Sea Jazz Festival and Molde, Schneider was was appointed the nation's highest honor in jazz by the National Endowment for the Arts. Schneider have been awarded 5 Grammy awards for her previous work. Her music has been hailed by critics as evocative, majestic and heart-stoppingly gorgeous.

The Molde performance featured the first live performance ever of the original score of «Sue (Or In A Season Of Crime)», the song Schneider wrote with David Bowie. This composition was the start of what would become Bowies last, jazz influenced album «Black Star». The concert also featured a piece of «Schneider-noir» with her new and never recorded piece «Datalords», devoted to her focus on intellectual property and the challenge to creativity represented by internet giants like Google and Facebook. The Molde concert featured a visual production with lights, video art and integreted hidden live cams.