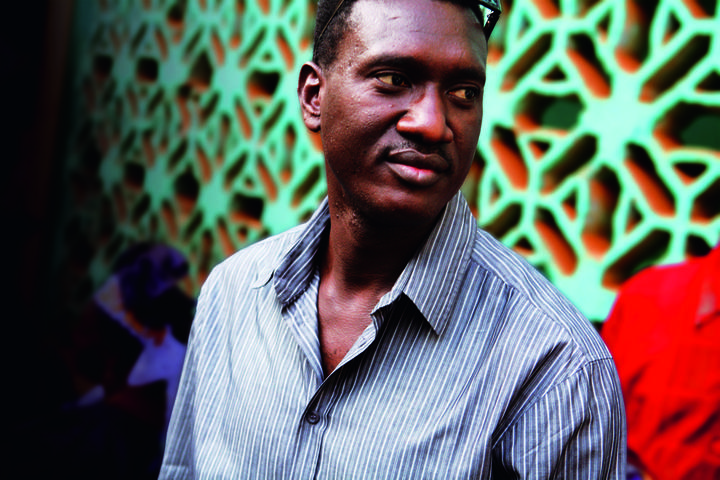 Bassekou Kouyate is one of the true masters of the ngoni, an ancient traditional lute found throughout West Africa. He is a virtuoso, innovator, stronghold of tradition all at the same time.

He has collaborated with many musicians in and outside of Mali: He has shared the stages with the likes of Youssou N‘Dour, Ali Farka Toure, Bela Fleck, The Kronos Quartet, Taj Mahal, Eliades Ochoa, Damon Albarn, Michael League… He was one of the key musicians on Ali Farka Toure’s posthumous album ‘Savane’ which was released July 2006, played in the Symmetric trio alongside Toumani Diabate (kora) and was part of Taj Mahal’s ‘Kulanjan’ project. He won several BBC Awards for his celebrated debut album ‘Segu Blue’ (Outhere Records). Was Grammy nominated for the follow up ‘I speak fula’ (Outhere Records) and played hundreds of concerts all over the globe, sharing the stage with musicians from Paul McCartney to John Paul Jones, Bono & many many others …

After his last two celebrated albums Jama ko and BaPower that went more in a rock direction, Bassekou Kouyate and his band Nogni ba now return with the more subtle and rootsy album: ‚Miri‘ (dream in Bamana). Miri is an album about love, friendship, family and true values in times of crisis. Miri means dream or contemplation in bamana. On Miri Bassekou travels back to his hometown Garana, a small village at the banks of the Niger river. The instrumental song Miri captures that feeling. Bassekou sits at the banks of the Niger far away from the noise, trafficjams and political turmoil of Bamako and thinks about life.