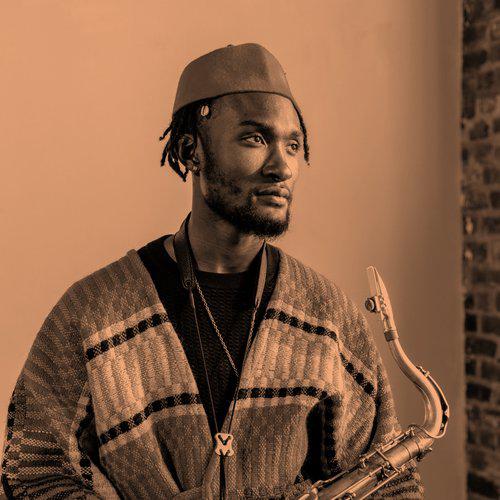 In fall 2019, WTTW arts producer Marc Vitali profiled young jazz visionary Isaiah Collier, who has become a vital force in the Chicago scene. “We should not let anything limit us,” Collier said. “People say the sky’s the limit, I don’t think that’s true either. There’s a whole galaxy above all this atmosphere. No matter how far we go, there’s still something else.” Still in his early 20s, Collier is an accomplished multi-instrumentalist, though he focuses on saxophones. He’s already done considerable exploring with his backing band the Chosen Few, whose lineup on the 2021 album Cosmic Transitions consists of drummer Michael Shekwoaga Ode, upright bassist Jeremiah Hunt, and pianist Mike King. As the Bandcamp notes for the album point out, Collier and the band recorded his five-part suite Cosmic Transitions on September 23, 2020, at Rudy Van Gelder’s famous New Jersey studio—countless jazz luminaries have recorded there, including Collier’s idol John Coltrane, and the Chosen Few’s session fell on the day Coltrane would’ve turned 94. Collier guides his unit through passages tense and acerbic enough to throw every knobby detail into sharp relief, and he’s just as assured when he allows that agitation to dissolve into restrained and mellow complexity. Halfway through the suite’s third part, King gathers his piano notes around Hunt’s lissome, corkscrewing bass line, while Ode’s controlled drumming nudges the number toward a smeared crescendo. Collier’s horn makes its elegant entrance near the end, providing sweet relief and an infusion of energy—just the kind of boost he and the Chosen Few will need for all the places they’ll go next.