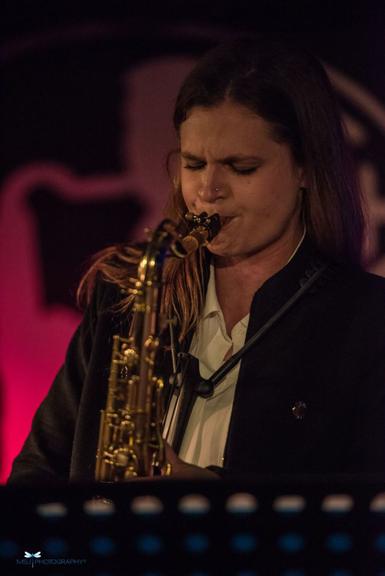 Nicole has been leading her own band for three years, with residencies at SMOKE, Smalls, Fat Cat, and through Jazz at Lincoln Center. In 2021, she released her HighNote/Savant records debut "Strange Lands", featuring her regular trio plus the venerable pianist George Cables, to glowing reviews and acclaim, eventually rising to #12 on the Jazzweek radio charts after only a few weeks. The Times UK gave it 4 of 5 stars, calling it “otherworldly”.

Nicole is also an experienced educator and clinician. She is currently teaching at The New School for Jazz and Contemporary Music, and has participated in Jazz at Lincoln Center’s "Jazz For Young People" educational outreach program. (Pressetext)