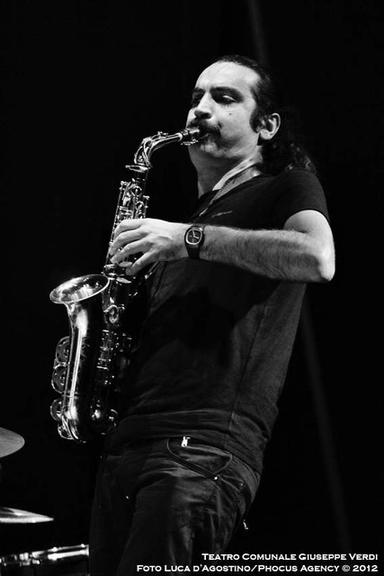 • Bad Habits is a performance for saxophone solo that draws on the Christian Ferlaino’s musical worlds: the contemporary music scene (with particular attention to the European improvisation scene) and the folk music scene from his birth place in Calabria. In this saxophone solo, the performer explores the potential of the repetition and variation of short motivic cells. The originating materials are repeated in real time through micro-variation giving birth to a rigorous and intense performance. The starting materials remain recogniseable throughout as a solid reference for both the performer and the listener, and become in effect the core of an evocative, expressive and original musical discourse. Technically, the solo draws on the extended sonic possibilities of the saxophone, through a crafty control of standard and unorthodox performance techniques that expand the expressive potential of the instrument. At Porgy and Bess, Christian Ferlaino will also première a new part of the solo that has been developed on the baritone saxophone thanks to the kind support of GVL – Neustart Kultur.
Christian Ferlaino is an Italian saxophonist, bagpiper and ethnomusicologist whose work explores the use of folk music elements in contemporary music. He has performed with major musicians of the contemporary and improvised music scene; his work has been reviewed and broadcast worldwide. (Pressetext)