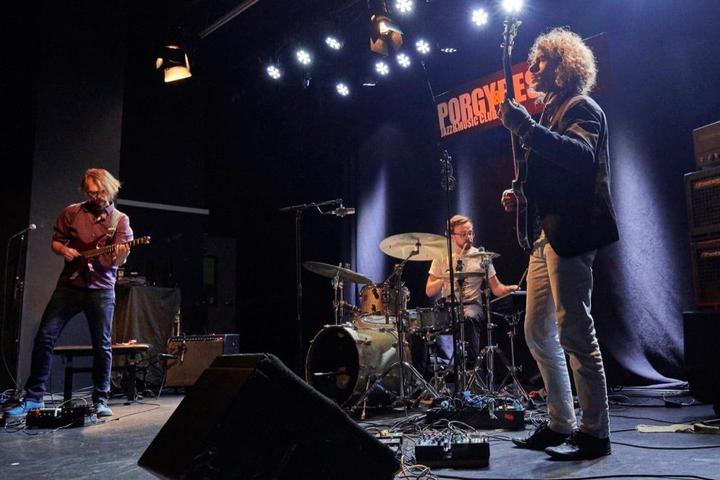 (...) Yes, plenty has already been written about his roots in Allan Holdsworth's legato style and expansion upon the late guitarist's knotty harmonic voicings, but Machacek has long since asserted his own identity.

Amongst many other things, Machacek's approach to harmony allows for shaping chord changes with internals that can, at times, ascend and descend concurrently in seemingly impossible ways.

Similarly, much has also been spoken about the guitarist's penchant for Frank Zappa-informed writing, featuring episodic, rapid-fire compositional shifts that often feel more like complex collages that traverse a broad range of terrains than writing possessed of more straightforward form.

But as the guitarist enters the south side of his forties, with a resume that includes Eddie Jobson's UKZ and semi-U.K. reunion, an ongoing teaching gig at LA's Musicians Institute and collaborations with British keyboardist/drummer Gary Husband, the late ex-King Crimson/Asia bassist/vocalist John Wetton and drummer Virgil Donati, amongst others, Machacek has long since emerged as a unique voice that is truly greater than the sum of its multifaceted musical touchstones. (John Kelman, All About Jazz)