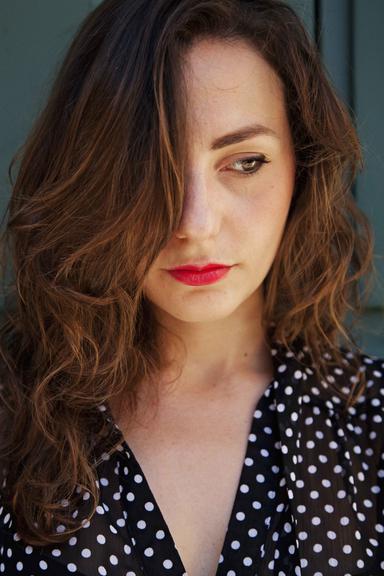 Italian jazz singer and songwriter Chiara Pancaldi with a “light as air sound and beautiful phrasing” (Jazzwise Magazine) “never fails to excite or impress” (Jazztime magazine). Since her debut on the international jazz scene she has emerged for her beautiful voice and her interpretative instinct, approaching the jazz standards repertoire with soulfulness and depth as well as being involved in writing her own music. Born and raised in Bologna, a small town in the North of Italy, she started classical piano studies at 10, and singing since her very early childhood. She soon developed an interest in jazz, singing along with the records and jamming with musicians. Chiara graduated from the University of Bologna with a Master’s Degree in Anthropology, with a thesis on Indian Classical Music, then graduated from the Conservatory of Bologna with a Master’s Degree in Jazz Music. She has performed live in clubs and festivals in Italy, France, Germany, Austria, England, Bulgaria, and Japan.

With her new album, PRECIOUS (Challenge Records 2020), she finds a new sound, influenced by contemporary jazz and Brazilian music, with original songs and some Brazilian, pop and folk songs rearranged, explored with freshness and a strong lean towards interplay and improvisation. (Pressetext)