Purple is the Color 'Epic' (A) 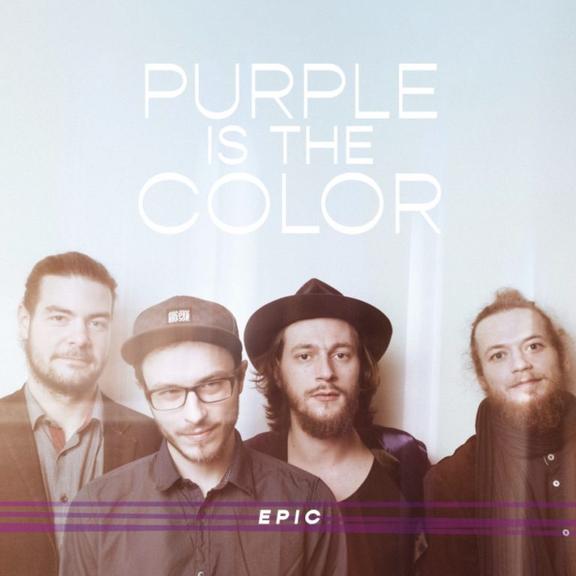 “EPIC” in name and epic in scope, Purple is the Color’s second album is a clarion call in jazz.

After the success of their first album “Unmasked”, Purple is the Color are back with “EPIC”, their second album to be released on the Viennese label Session Work Records. The quartet’s aspirations are indeed nothing but monumental; “The Beatles of jazz, that’s the plan” says bandleader and pianist Simon Raab with a grin on his face. After listening to their new record, it is clear they mean business. With EPIC, the fab four put together by the Austrian pianist come one step closer to the Jazz Olympus.

Whether a musical epic or the unconditional commitment to the diversity of post- modernism, Purple is the Color’s new album is about the playful synthesis of ideas. Compositions by the other members of the band, Štěpán Flagar, Martin Kocián and Michał Wierzgoń, have contributed further to the vitality of the record, more so than on its celebrated predecessor. They succeed by consciously playing with contradictions. Whereas the first album was busy drawing lines between red and blue, the new record is now decidedly purple; here are four individuals who have crystallised into one fine-tuned organism. At the same time, the four musicians on EPIC are also telling their own story. A story about great ventures, of tensions and subtle withdrawals. But also, a story of painful new beginnings. “The Titanic had to sink in order to be reborn as a legend – just as a band sometimes needs to descend into the depths in order to find itself” says Raab. The album has been an odyssey of sorts: in order to find their way, the band needed to accept that the search for a joint identity begins with every new take; metaphorically speaking the first steps cleared the path. EPIC is the result of walking that road together. From the melancholy “Unsearchable” to the restless “Techno-Epic” to the soft “When I see Your Face”, Purple is the Color let the listener be part of their journey.

It is refreshing to listen to a band that practices a radical form of self-restraint. Purple is the Color aim to fully explore their instruments without resorting to digital shortcuts. New

territory can only be discovered when one learns to resist the temptation of giving in to the next brand-new thing: “I believe that true autonomy can only come forth when we take the time to go deep – within ourselves, in our relationships, and with our instruments. In this sense, we might be decidedly anti-modern” says Raab. And the new tracks corroborate this idea. More often than not, all that is needed is a change of perspective to see a new horizon. With EPIC, Purple is the Color have managed to go beyond it. The result is intense, inspiring and beautiful. With their second album, the Viennese fab four prove that their presence can no longer be overlooked by the international jazz scene. Already, one of the albums of the year!