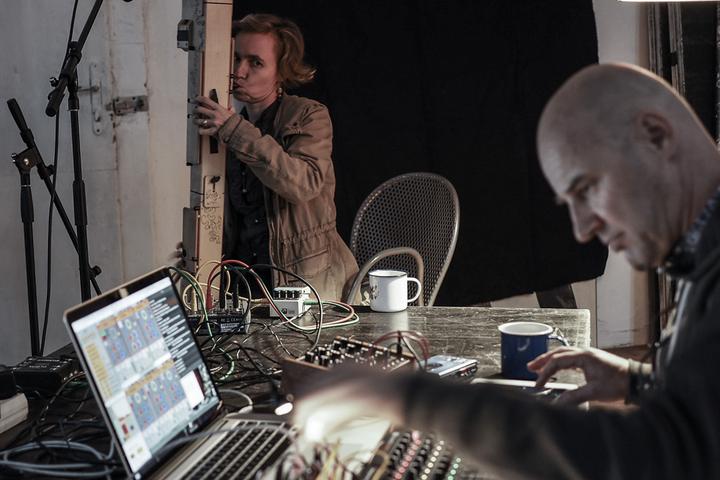 • In 2016 Flautist Reni Weichselbaum and me met for the first time on stage and immediately found a close relationship in our musical ideas. We have formed a reeds/electronic duo by the name of Knurrhahn. This duo focuses on improvised music through conversations between instrumental and electronic sound waves. Our aim is to develop dialogues which melt sonic textures and musical gestures into manifestations of movement and stillness.

The amazingly broad sonical timbres of Reni’s Petzold recorder are being contrasted by my setup of analogue and digital electronic sounds, towards an active listening practice within various figurations between silence and noise.

We have played several live concerts so far and there is definitely more to come. We are also working on studio recordings and hope to release a studio record fairly soon.

In October 2018 we performed at Gustavo Petek’s Small-forms series in Vienna and a recording of this concert is due to be released in early 2019. (Pressetext)