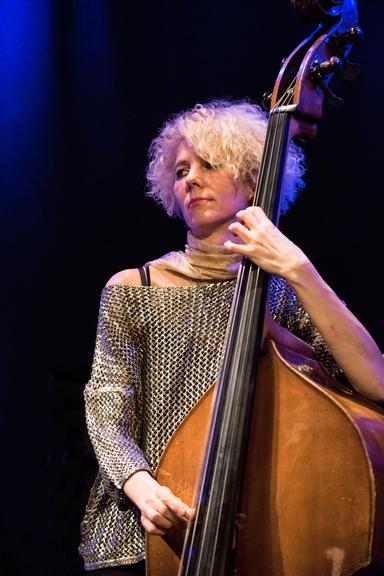 The Austrian jazz bassist and composer Gina Schwarz – Composer in Residence 2020 & 2021at Multiphonics Festival, Cologne – was inspired by the British folk singer, guitarist and composer Nick Drake. Only after his untimely death did he become a cult star, who is admired and celebrated today for the beauty, transparency and depth of his music. Drake's songs, which appeared on three studio albums, are characterized by desperate melancholy as well as by tenderly budding hope, now they are the starting point for Gina Schwarz's compositional ideas. As a composer and arranger, it is important to Gina Schwarz to continuously build tension and give space for development. Just as Drake has partly built up his albums like a story that becomes a little more transparent and understandable with each chapter, their new compositions can also be interpreted as an independent cycle. (Pressetext)