SFYA ‒ Simply For Your Attention 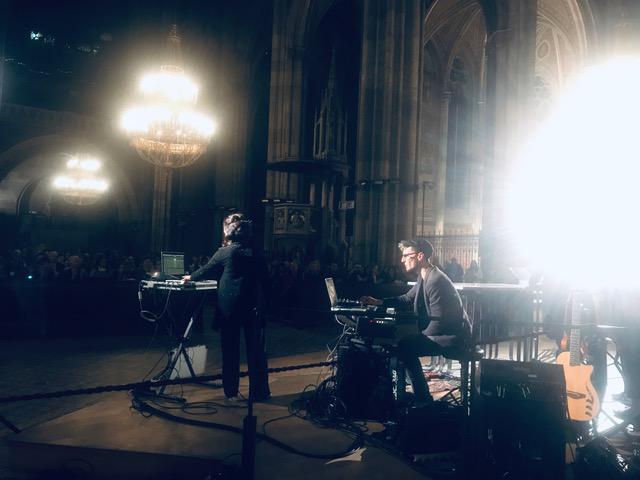 • SFYA is the joint project of singer Su Rehrl and multi-instrumentalist Marc Bruckner. SFYA, pronounced similarly to “sphere”, is an acronym for “Simply For Your Attention”, a simple and to the point invitation to focus and engage.

SFYA’s sound lies somewhere between acoustic and dream pop. The duo uses the archetypal singer/songwriter sound and blends it with elements of electronic music to take it a step further. Marc provides the core with a rich tapestry of guitar, keyboards, and beats, slowly building up each song with the help of loops and other effects. The tunes are carried by Su’s voice, which has a fine, silvery, almost crystalline quality, but also possesses great depth and perhaps even a certain air of mystery. Su also has her own bag of tricks, and adds to the mix by creating her own choral harmonies and vocal textures. The result is a genre of pop music that is intimate and expansive at the same time.

Their first album, “Within the Tides”, deals with introspective themes of duality and time in all its manifestations. This is also reflected in the music, at times simple and hushed, at times driving up the pace, like a surge of waves. In fact, SFYA can best be described as a series of sound cycles, budding from a quiet statement into a full-blown sound sphere. This band definitely challenges any preconceptions that a duo has a limited musical range. There might be just two people on stage, but don’t be fooled: there’s much more than meets the eye. (Pressetext)