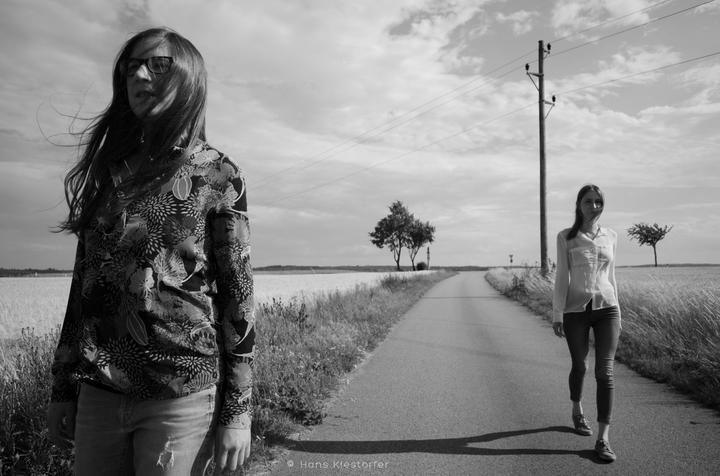 Duo Hofmaninger / Schwarz
A jazz duo that takes a completely different musical route and dares to experiment.The starting point of their project is “davul-zurna”, which is the oldest musical line-up documented in our cultural history. “Davul” means “drum” in Turkish, “zurna” refers to the original double reed instruments in Turkey, a precursor to the oboe. The goal of Lisa Hofmaninger and Judith Schwarz is to reawaken this kind of sound and approach this original form of music from the East with their own instruments.

Sketchbook Quartet
The quartet approaches jazz from a completely different direction, which – in its broadest sense – can be attributed to post-rock. The music is all about the mood and atmosphere, creating tension that is constantly increased, until it finally reaches its climax with a big bang. Marked by an abundance of warmth and beauty, the music of the quartet hits a captivating tone of jazz that invites the listener to immerse into the music and drift through the sonic events.

Sigrid Horn
In here music Sigrid Horn refrains from anything excessive, any clichéd embellishment and any superficial sparkle. In turn, it is exactly this sonic modesty that builds up unbelievable density and drama. Sigrid Horn truly understands how to create a musical atmosphere that can penetrate into the deepest of depths. The songs sung in dialect have a magical appeal and are of haunting beauty.

Alfredo Ovalles
Alfredo Ovalles is one of those musicians that are stylistically hard to categorize, which is a sign of constant evolution and tremendous artistic openness. Born in Caracas, Venezuela, the pianist has already explored many different musical worlds. In the course of his career, he has played in rock and pop bands, explored classical, chamber and electronic music and roamed the field of contemporary music. It is his curiosity for the new and his immense love for experimentation that make him stand out and have led him to many different musical paths offside the beaten track. He is just as committed to standard repertoire, as he is to searching for new compositions that are brought to life through his incomparable performance skills.

Viech
German-speaking indie-rock with an unmistakable sound of its own: energetic, edgy, danceable, suitable for parties and with poetic depth. VIECH have created their very own unique, feisty, rumbling sound, which stands out from the indie-rock crowd with a refreshing new take on music and proves that catchy tunes and musical quality are not necessarily a contradiction.