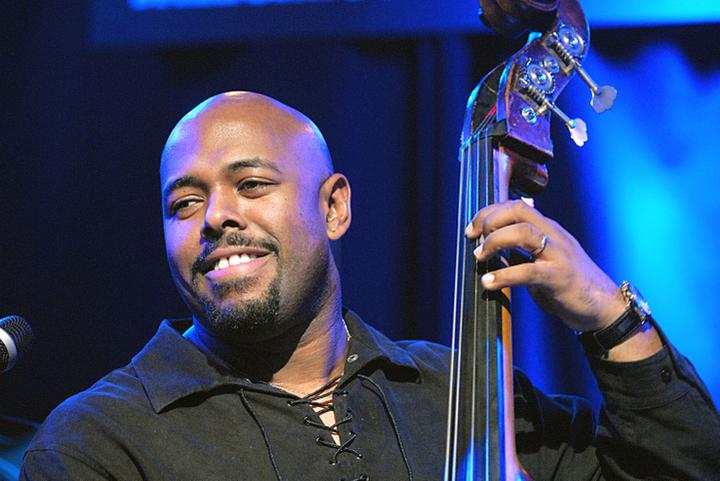 Six-time GRAMMY®-winning jazz bassist Christian McBride can be likened to a force of nature, fusing the fire and fury of a virtuoso with the depth and grounding of a seasoned journeyman. Powered by a relentless energy and a boundless love of swing, McBride’s path has described a continuous positive arc since his arrival on the scene. With a career now blazing into its third decade, the Philadelphia native has become one of the most requested, most recorded, and most respected figures in the music world today. Raised in a city steeped in soul, McBride moved to New York in 1989 to pursue classical studies at the Juilliard School. There he was promptly recruited to the road by saxophonist Bobby Watson. Call it a change in curriculum: a decade’s worth of study through hundreds of recording sessions and countless gigs with an ever-expanding circle of musicians. He was finding his voice, and others were learning to listen for it. He is also a respected educator and advocate, first noted in 1997 when he spoke on former President Bill Clinton’s town hall meeting “Racism in the Performing Arts.” (Pressetext)