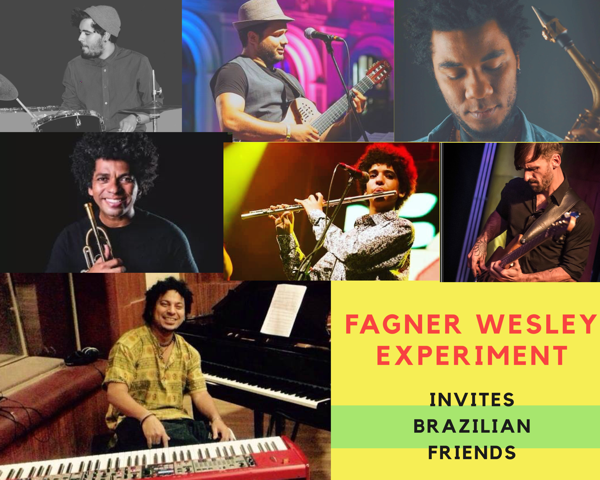 Fagner Wesley, pianist, composer and arranger was born in Salvador de Bahia, Brazil. Fagner is autodidact ,With the age of 15 Fagner moved to the capital city Brasilia and studied at „Music School of Brasilia“. Later he moved to Sao Paulo to complete his studies at „Tom Jobim - State Music University" for Jazz and to specialize in jazz piano. Since 2008 Fagner Wesley lives in Vienna and is an important member of the music scene in Europe. Fagner performs with Alegre Correa, Wolfgang Muthspiel, Gilberto Gil, Gabriel Grossi, Sigi Finkel, Samambaia,Jatoba BigBand, Jurandir Santana, Jon Sass, Bebe Krammer, Gina Schwarz, Dorretta Carter, and many others Jazz Projects and also makes his own projects .

And this new project, Fagner Wesley will invite great friends and Brazilian musicians who the most of then live in Vienna! We will have the rare opportunity to share the stage together and make this interesting experiment of playing compositions from all of us, as a true musical collective. The only musician who is not Brazilian – but we recognize the beat of his Brazilian heart – is the amazing Austrian bassist Jojo Lackner. We will play Afro-Brazilian Jazz, Samba, Baiao and fusion Latin jazz with world music. It will be a magical night for sure. (Fagner Wesley)