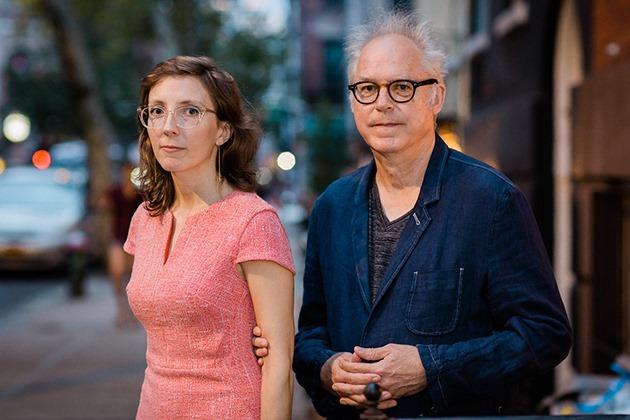 Two of the most recognizable guitar innovators, brought together by composer John Zorn. Two open-minded sound-shapers who bring interesting ideas to songs from the past. (JazzTrail)

From lush ballads to blues, folk and a prelude by Debussy: on their album The Maid with the Flaxen Hair, Mary Halvorson and Bill Frisell play songs associated with jazz guitarist Johnny Smith (1922-2013). He became immortal with his composition Walk Don’t Run, a global hit in the version of The Ventures. Bill Frisell, a former student of Smith, and admirer Mary Halvorson were brought together for this project by John Zorn; their album appeared on his label Tzadik. This is their first tour together in Europe, as part of Zorn’s concert series The Stone in Europe, which previously hosted a show at the P&B.

Mary Halvorson is regarded as a great innovator of jazz guitar. Consciously avoiding clichés, she creates her own style, in which she subtly distorts her semi-acoustic guitar with electronic effects. Bill Frisell is counted among the top American guitar players and, befittingly so, he brings together all kinds of ‘americana’ in his music, from jazz and bluegrass to rock and atmospheric film music. He has previously collaborated with, among others, Elvis Costello and Lucinda Williams.

Bill Frisell is perhaps the most valued jazz guitar player of the past decades, thanks to the ever present smile in his melancholy music. He is not in tune with endless solo jazz, but prefers intense ensemble playing around beautiful themes (de Volkskrant).