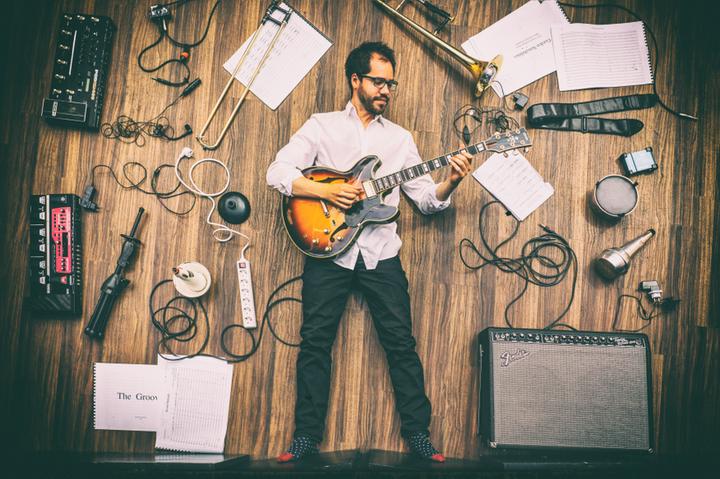 The big band Mega Mereneu Project put some of the best musicians living in Styria together and present the new album “Music for Small and Large Ensembles”, released in February 2019.

The band is the expanded version of the nonet Mereneu Project, created by Emiliano Sampaio, Brazilian composer and multi-instrumentalist living in Austria since 2012.

This new big band album benefits from the participation of writers, singers, poetry slammers as well as fantastic musicians.
Besides instrumental works, the big band also interprets songs written for the texts of the Danish writer Ursula Andkjær Olsen. Two other pieces named “Islamwissenschaften” and “Ist es Möglich” were both written in partnership with the German poetry slammers David Friedrich and Thomas Spitzer. Their texts are intelligent and sarcastic.

Emiliano has created an exceptional collection of original compositions. Emiliano clearly has the mastery of craft and respect for these traditions to be able to absorb these elements to create something that is his own. (Dr. David Lisik, Professor at the Victoria University of Wellington, New Zealand, 2018)

Emiliano Sampaio is an amazingly talented young Brazilian guitarist, trombonist, composer and arranger (…) His music is complex and beautiful. He is a “tourist” with a ticket to great things. I look forward to enjoying the ride. (Frank Alkyer, Downbeat Magazine, 2015)