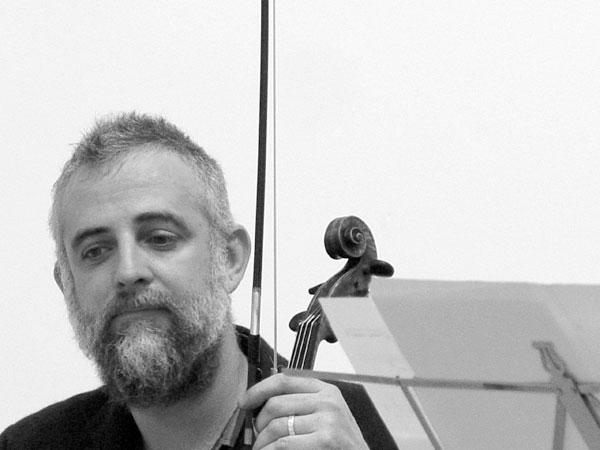 An "air of unreality" characterizes the best free improvisation. This performance-captured during last year's Vision Festival in Manhattan's Judson Church-definitely ranks among the best on record this year. Part of this unreality has to do with finding beauty and gratification in uncertainty, something that so often makes reality difficult to bear. Another part is transcendence, both of person and pedigree: the idea of a musician effaced by their instrument, and then by their creation. Music that, if not divorced from each musician's lineage, then certainly-as the truism goes-surpassing their sum. Joëlle Léandre, Mat Maneri, and Gerald Cleaver as bass, viola, and drums, and then as something else entirely.

Absorption is as good a benchmark as any when attempting to evaluate improvisation. Even after several listens, I found myself surprised each time that An Air of Unreality was already concluding. Maneri and Léandre are a proven pairing, neither afraid of all the pitches and ambiguity that lie between the notes. The microtonal improvisation Maneri inherited from his father has parallels with the inflections of many folk traditions, and his close work in recent years with pianist Lucian Ban seems to have drawn even more of that influence into his playing. These deep cultural wells, authentic music of story-telling-and often of stunning virtuosity-are the places Léandre draws from, as well. "Unreal II" develops the meandering, melancholic quality of a Romanian doina, a rhythmically free and largely improvised folk lament.

Cleaver compliments the strings nicely. A robust and almost absurdly versatile drummer, his restraint here is commendable. He bides much of his time focused on color and accent, a palette heavy in cymbals, rattles, bells. He's often able to anticipate points Léandre and Maneri wish to emphasize, underscoring each with an emphatic kick or thunderous tom hit. Still, he's unafraid of making leading, muscular moves to goad his companions in new directions. Late in "Unreal I" he finds a vein of rhythm in Léandre's low grinding drone and opens it into a propulsive groove, an brief and unforeseen measure of order in previously restless music.

The Vision Festival, celebrating its 20th edition in 2015, has become the last bastion for large-scale celebration of this music in a country that is often painfully indifferent to the avant-garde. Its annual rosters consist of none less than titans of creative music, and last year was no different. Listening to An Air of Unreality, documenting about half of the trio's late Saturday night set, it's hard to imagine a more earnest statement of improvisation's vitality, or-even among such a field of giants-that many other performances that week could have reached Judson Trio's apogee. (Dan Sorrells, Free Jazz Blog)