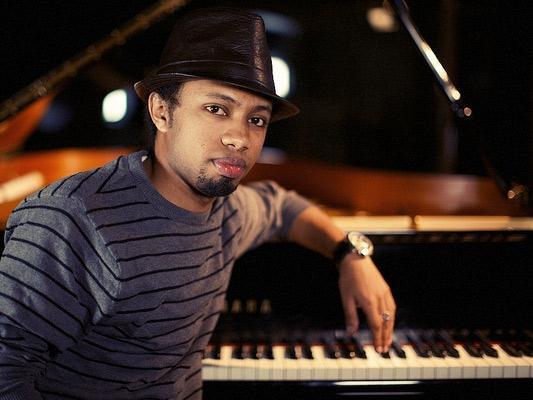 Culture X Change fulfils the role of art and music as a starting point for non-European artistic cooperation. The project serves as a door opener and transmission belt to question existing stereotypes about the „Other“. The contributions take a critical look at, among other, the freedom of art and the cultural creators in the respective countries. In addition to concerts, other art forms such as film, literature, theatre or fine art will be included in the programme in the future.
What do we think of, when we hear about Ethiopia?

Haile Selassie, Addis Abeba, Lalibela, Rastafari, and the Queen of Saba?, of Haile Gebrselassie, the marathon world record holder, coffee ceremonies ………. Second thought: drought, „Menschen für Menschen“, hunger aid, civil war, dictatorship ………
In recent times: A liberal reformer called Abiy Ahmed as the new prime minister, the release of political prisoners, the reception of almost one million refugees, the ethnic tensions within the region, a peace agreement with Eritrea and Ethiopia as a mediator between the protest movements and the army in the neighboring country Sudan. The crash of a Boeing 737 of Ethiopian Airline, which resulted into an international flight ban of the involved airplane type.
Moreover? Art and Culture. Ethiopian music, Ethiopian Jazz, Ethio-Jazz, has been a term among experts since the end of the 60s. In Addis Funk, Soul, Jazz and Rock bubbled. However, only few Ethiopian musicians* gain international prominence: Mulatu Astatke, Mahmoud Ahmad and the singer Gigi, to highlight the most prominent ones. Ada Mulaneh is a well known photographer across the borders of Ethiopia and founder of Addis Foto Fest. Her works were exhibited last year over dimensionally at the photo festival in Baden.
Furthermore, the Austrian development aid has engaged in Ethiopia for decades and has supported many projects. In the past kulturen in bewegung organized stunning concerts with an Azmari ensemble and the Krar Collective.
In light of the political and social developments in the region, we think that it´s to pay more attention to this East African country. Existing relationships shall be picked up and new contact made.
Culture X Change #Ethiopia is a drop.
But a continuous drop leads to movement, flow and communication between humans and cultures. No more and no less do we want to achieve with this program.

Music
27 October 2019, 8:30pm – Porgy & Bess
Workshop: 25. & 26 October 2019
Samuel Yirga & chuffDRONE
Samuel Yirga is a young representative of the Ethiojazz-Scene. He improvises on the piano with intricate ethiopian sound patterns. His extraordinary musical career is being reflected in his soundscapes, which flare up his origin again and again.
How do the representatives of the group chuffDRONE react to his musical ideas? Since their foundation these 5 strong music personalities have counted on dramatically polished works, in which powerful collective improvisations and fragile chamber music meet contrastingly.