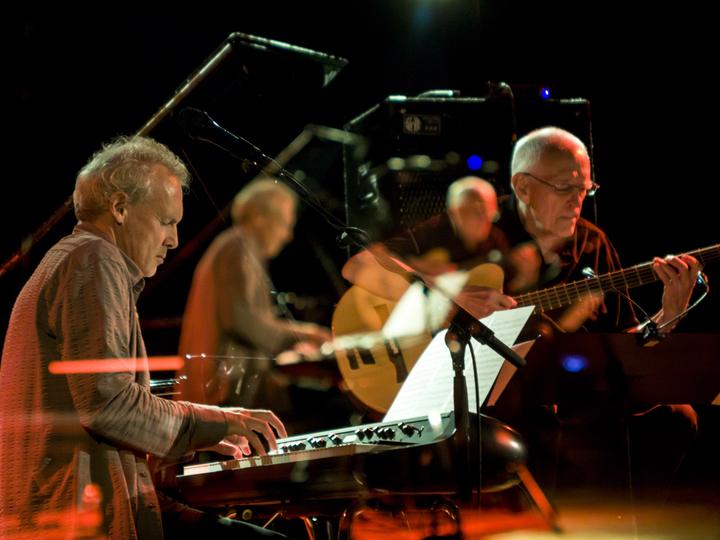 Simple Songs: I recall summer afternoons in the river landscapes of my youth, the gravel and sand banks on which my companions and I made music on elderwood flutes – severed branches, from which we had knocked out the pith and cut finger holes with a penknife in the resulting tubes; I recall hours buzzing with horseflies, when we would stand up to our knees in the glittering water and bang together stones rubbed smooth by the current to the beat of anarchic songs, or toss them into the waves in quick succession, making the river our drum; I recall duets on blades of grass that we would press between the balls of our thumbs and blow on, and I recall producing bird music by cupping our bare hands into soundboxes, from which the call of an eagle owl, a tawny owl or a plaintive nightbird would ring out through the riverside forest; there, we would summon sounds from the many things we found among the rushes, in the bushes on the banks, under trees or in the shallows during seemingly endless childhood years. Yet most of the tunes we managed to conjure from them were attempts to emulate the instrumental music, clarinets and brass bands we had listened to on the radio or at a concert under the horse chestnuts on the village square – or merely heard with an inner ear in the dreamworlds of fairytales and adventure books.

Even if the disparity between what we could play on our makeshift instruments and their archetypes was so vast that we were forced to bridge the distant kinship between the notes of, say, the elderwood flute and an organ pipe by plainly stating that this was an organ, this a trumpet, and this sound an owl’s shriek, ultimately even such unbridgeable disparities were more or less irrelevant, because we knew what was being played. Nor did we need to splay our fingers into artful positions on our instruments like a flautist or a bassist with many years and decades of practice; instead we simply sang the melodies in wordless, onomatopoeic accompaniment to the notes and sounds that our instruments sent swirling, screeching or with a stony click into the air.

When I hear the Simple Songs that Christian Muthspiel has composed and then he and his companion Steve Swallow have made twirl and soar and float, I am sometimes transported to a riverbank in summer, where the branches of a wild elder tree, stones and grasses become the neck and body of a bass guitar or the tuning slide and bell of a trombone played with thrilling ease, and even the most complex melodies seem but a virtuoso’s pleasure garden. For he who seeks to capture the simplicity that is the cornerstone of our world and our experience, and bring it to our ears, must be a virtuoso, since he has wrung sound from these stones.