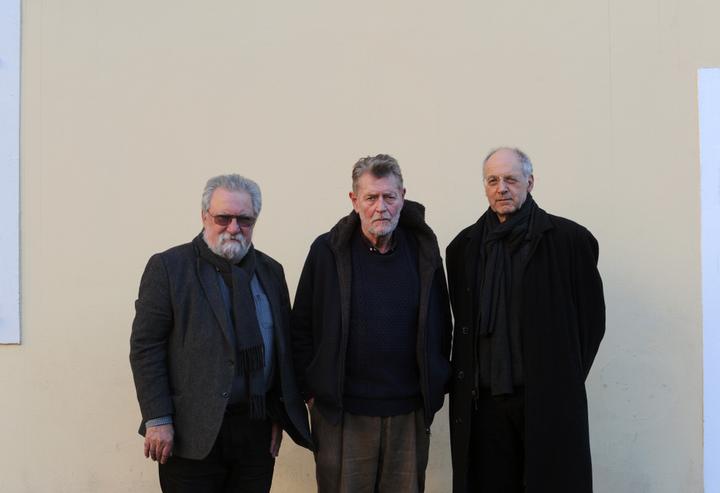 One of Europe’s premier free jazz bandleaders, pianist Alexander von Schlippenbach’s music mixes free and contemporary classical elements, with his slashing solos often the link between the two in his compositions. Schlippenbach formed The Globe Unity Orchestra in 1966 to perform the piece“Globe Unity, which had been commissioned by the Berliner Jazztage.

He remained involved with the orchestra into the ’80s. Schlippenbach began taking lessons at eight, and studied at the Staatliche Hochschule for Musik in Cologne with composers Bernd Alois Zimmermann and Rudolf Petzold. He played with Gunther Hampel in 1963, and was in Manfred Schoof’s quintet from 1964 to 1967.

Schlippenbach began heading various bands after 1967, among them 1970 trio with Evan Parker and Paul Lovens and a duo with Sven-Ake Johansson which they co-formed in 1976. Schlippenbach has also given many solos performances. In the late ’80s, he formed the Berlin Contemporary Jazz Orchestra,which has featured a number ofesteemed European avant-garde jazz musicians including Evan Parker, Paul Lovens, KennyWheeler, Misha Mengelberg and Aki Takase. During the 90`s Duo work with Tony Oxley, Sam Rivers and Aki Takase. 1999 started performance and radiorecording of Thelonius Monks complete works, (all the compositions) with Rudi Mahall and his group „Die Enttäuschung“.

In the year 2016 at „Jazzfest Berlin“ 50th anniversary of Globe Unity.