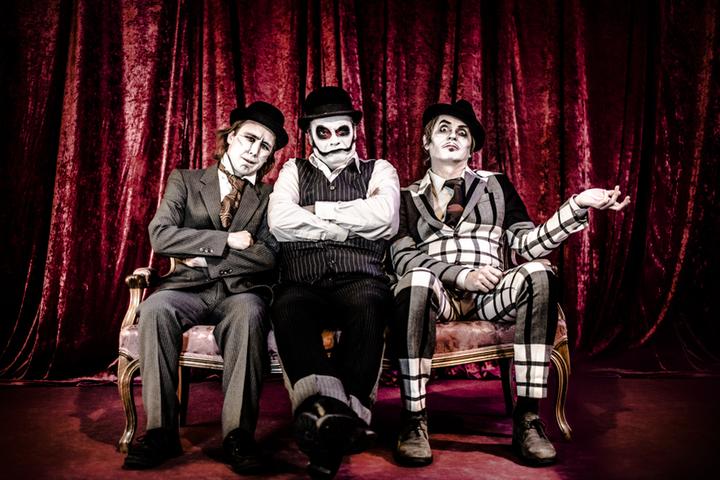 Take a trip into the band’s new album Devil’s Fairground where temptation and sin await as the Grammy nominated godfathers of alternative cabaret return with a very special show celebrating their 30th anniversary. One of the most provocative and genre-defying bands you could come across, the world of The Tiger Lillies is dark, peculiar and varied. Their songs are darkly funny, filled with moments of deep sadness and immense beauty.

Formed in 1989 by singer-songwriter Martyn Jacques, The Tiger Lillies have performed all over the world collaborating with circus performers and Shakespearean actors; experimental dancers and avant-garde photographers; burlesque puppeteers and classical music ensembles, winning an Olivier Award for Best Entertainment for their West End musical Shockheaded Peter along the way. They have toured worldwide with their recent productions The Rime of the Ancient Mariner, Lulu - A Murder Ballad and Poe’s Haunted Palace. They have released countless singles, albums and films and Martyn also won the Olivier Award for Best Supporting Performance in a Musical or Entertainment.

Come along and celebrate the 30th anniversary of a true genre defying phenomenon - they don’t make them like this anymore!