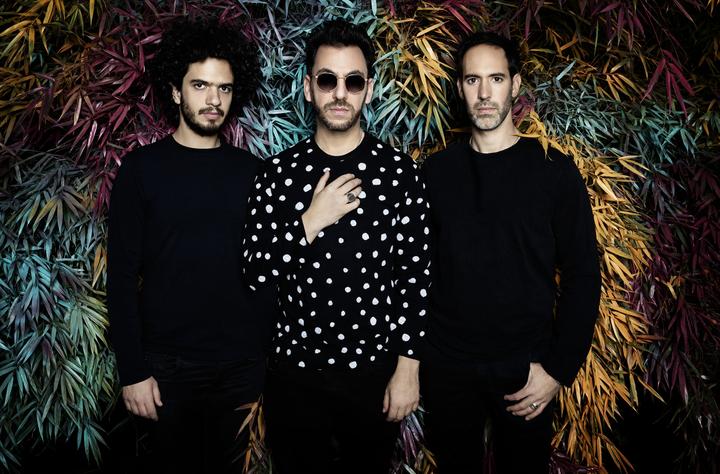 The Israeli pianist OMER KLEIN has long been considered part of the "vanguard of contemporary jazz pianists" (Jazzpodium), and for five years he has been following his very own path in jazz together with Haggai Cohen-Milo (bass) and Amir Bresler (drums) under the name OMER KLEIN TRIO.

The innovative formation, which has already inspired listeners with two albums of modern, borderless jazz, will be releasing its third album, Radio Mediteran, on 1 March 2019. The trio have widened their range considerably on this album with the use of synthesisers and additional percussion.

The title track Radio Mediteran offers a first and clear impression of the new sound worlds of the OMER KLEIN TRIO. A rousing, syncopated groove with a contrasting piano melody and a deep bass line are combined with a sunny melody from the Middle East. When the analogue synthesiser joins in, the sound spectrum moves to an emotional level. Klein, Cohen-Milo and Bresler each play short and pithy improvisations, leading up to the finale, which culminates in the melody sung by Klein, and which takes the track back to its folk roots. For the first time in his oeuvre,

Klein’s voice can be heard as clearly as if he wanted to announce: The OMER KLEIN TRIO has arrived, Radio Mediteran has arrived – a fresh and exciting new sound has been born. The entire album Radio Mediteran is dedicated to the different influences and harmonies found around the Mediterranean where KLEIN and the members of the trio themselves grew up. At the same time, it emphasises the diversity and unity of the cultures of this historic region: "Little by little, the Mediterranean appeared to me like a secret continent, a cultural area that has much more in common than many of its countries are aware of," says KLEIN. And yet it’s not about referencing folklore, but about fusion: " I didn’t want to copy the music," explains KLEIN. "Instead we tried to absorb it and give it a new, personal context in order to ultimately perhaps even create a new genre." (Pressetext)