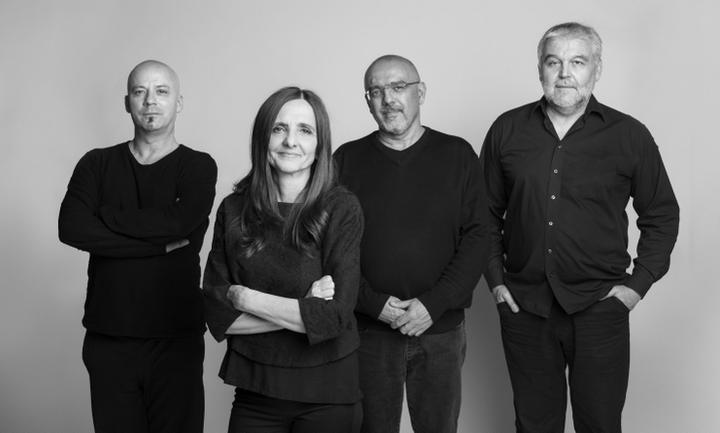 Remaining faithful to her expression in which she blends Istrian tradition and contemporary jazz, Tamara presents new compositions written purposefully for this new musical formation of excellent musicians. In this new project, she has once again given a unique musical concept, which successfully transposes combination of jazz, and traditional music, to improvised music of the modern age. The success of this merger is certainly due to Tamara's fine-tuned sense of the Istrian melody and dialect, combined with jazz craft, but also due the artistic expression of carefully chosen top-ranking musicians which does not rely on existing jazz cliches, but on their acute sense of intuition for each particular composition.

Tamara Obrovac (composer, singer and bandleader) is one of the most impressive jazz musicians on the Croatian music scene. Her ethnically inspired contemporary European jazz, is influenced by the particular musical and dialectal traditions of her homeland, the Croatian coastal region of Istria. Her unique music reflects the historical and cultural background of her homeland, at the crossroads between the East and the West, the Mediterranean and the Balkans. With her specific and original compositions, excellent musicians and expressive voice, Tamara creates a unique artistic form in which she effortlessly and logically unites melody and improvisation, sensitivity and passion, formal demands and freedom, ethnic music and jazz, tradition and modernity, serious approach and humor. She published 11 CD’s in which she wrote all of the music and she held more then 500 international
concerts highly praised by audience and critics. She composes also for film and theater, and has received many awards for her work, including 8 Croatian national discography awards Porin.

Stefano Battaglia is one of the most important, internationally recognized Italian classical and jazz pianists. He played more than 3000 concerts as an improviser in all the most important festivals and concert seasons all over the world. He recorded more than 100 CDs (mostly as a leader and 10 for solo piano), several for ECM records, received many awards for his work. Since 1998 he teaches in Siena Jazz master classes.

Salvatore Maiore, classically educated double bass and cello player and composer, since 2006 member of the Stefano Battaglia trio, has collaborated with many renowned Italian and international artists on numerous concerts all over the world, and on 50 editions including 10 for ECM records. For 6 years he was the director of Jazz department on the Vicenza conservatory where he teaches from 2007.

Krunoslav Levačić: A self-taught drummer, performs professionally since 1974. He plays with Tamara in all her musical formations, since early eighties. He is a frequent guest of European jazz scene and studio musician in demand at home and
abroad. He played and recorded with many known jazz musicians on more than 80 albums, awarded with 8 Status Awards for the best Croatian drummer. More than 30 albums he played on won Croatian National Porin Award. Author of first Croatian drum book.