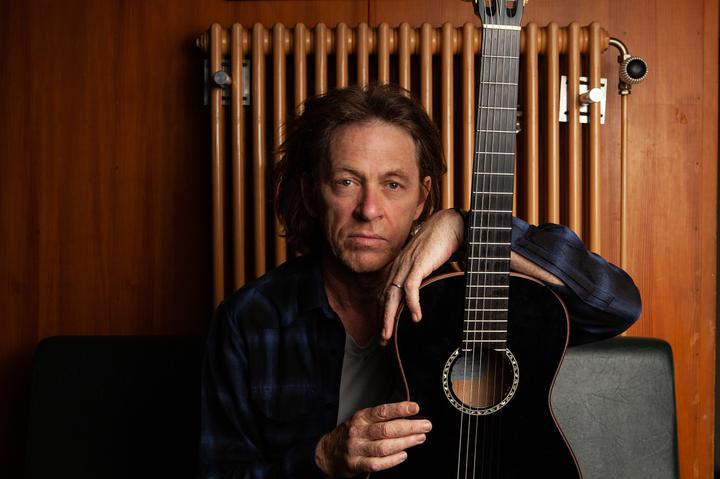 Dominic Miller, wider known as Sting’s trusty side-kick guitarist, is also a very successful solo artist having released 9 albums under his own name. March 1st, 2019 sees the release of his 2nd album on the prestigious German jazz label ecm records. Bandleader Miller enjoys an enviable reputation both in the professional world of music and amongst music fans everywhere.

Born in Buenos Aires to an American father and a Irish mother he studied guitar at Boston's prestigious Berklee College and the London Guildhall School of Music. He’s been a sought after session musician since the late 80s and his list of engagements defy categorisation but includes collaborations with Phil Collins, The Chieftains, Eddi Reader, Katie Melua, Bryan Adams, Paul Young, Nigel Kennedy, Peter Gabriel, and Tina Turner, to name a few.

Dominic Miller has been involved in every Sting album since the 1991 album "The Soul Cages" and performed over a thousand concerts with the former "Police" singer as well as co-written hit songs such as "Shape Of My Heart" and “La Belle Dame sans regrets”.

Now with his new album "Absinthe" (ecm 2614) he will be adding another highlight to his solo discography. Recorded at studio “La Buissonne” in the South of France with world-class musicians - Manu Katché on drums, Nicolas Fiszman on bass, Mike Lindup on piano, keyboards, and Santiago Arias on bandoneon, he has crafted a fascinating sound mixture of Jazz, Pop, Acoustic Folk, Contemporary Classical, Latin and Tango elements. “Absinthe” combines all those styles producing something entirely new. An appropriate genre term for such a symbiosis doesn’t yet exist but we feel it soon will.