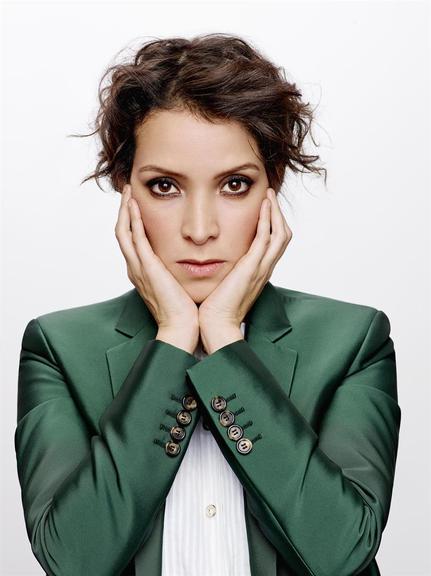 Since moving to Los Angeles from her native Guatemala, singer-songwriter Gaby Moreno has achieved remarkable success as a musician. She has been nominated for an Emmy and won a Latin Grammy for Best New Artist. She has released four albums, toured with singers Tracy Chapman, Ani DiFranco, Punch Brothers, Hugh Laurie and Calexico, and has shared the international stage with pop music luminaries such as Bono, Andrea Boccelli and Van Dyke Parks.

In 2006, her song, “Escondidos,” took the top prize in the John Lennon Songwriting Contest, the first contestant in the Latin category to win Song of the Year. (She’s now a judge.) That opened many more doors. Her first album, “Still the Unknown” , produced independently was released in 2008.

Moreno’s career started moving quickly. She co-wrote the theme song of the television series “Parks and Recreation,” which was nominated for an Emmy in 2010. That same year, she recorded the classic song “Smile,” by Charlie Chaplin, for the Oscar-winning documentary “The Cove.” And she performed “Toast to Freedom,” a song commemorating the 50th anniversary of Amnesty International, first with Kris Kristofferson on The Tonight Show with Jay Leno, then in Dublin where she shared the stage with Angelique Kidjo and Bono.

She released her second album, “Illustrated Songs” in 2011, followed by “Postales.” in 2012, her first release entirely in Spanish and with Metamorfosis, the label founded by her compatriot Ricardo Arjona, one of Latin America’s most prominent singer-songwriters. . That year, Moreno and Arjona released a duet, “Fuiste Tu,” which was nominated for Song of the Year and Record of the Year in the 13th Annual Latin Grammy Awards.

By the time Moreno was named Best New Artist in the 14th annual Latin Grammy Awards of 2013, the “newcomer” had already almost spent half her life in the music business.

When it came time to record her latest album, “Ilusión” (due for release September 9th), Moreno decided it was time to harken back to beginnings. Musically, the new album captures the pure spirit of the aspiring immigrant artist who made her way in a new country with just her guitar, her gifted voice, and a pocketful of songs she was eager to share.

“I wanted the record to sound as authentic and as close as possible to what the band sounds live,” she says, referring to her longtime collaborators. “I said, ‘Okay, let’s go back to the sound when I put out my first album, when it was just a few musicians in a room together, and it was about having fun and capturing performances. I wanted something human. I’m not a robot. I wanted to embrace the imperfections. That’s human. Maybe in the moment, I’m feeling something that’s making my voice break. It’s raw emotion. I wanted to keep that."

And she succeeded. The new collection of 13 songs, most of which she wrote or co-wrote, reflect the organic mixture of her wide array of influences, from the blues to boleros. The record’s natural sound reflects the analog philosophy of producer Gabe Roth, co-founder of Brooklyn-based Daptone Records, the independent label specializing in what it calls the “New Sound of Old Soul.”

That’s a slogan that happens to suit the singer to a tee.
“I don’t want to sound like an old record, but there’s something about those old records that I love, especially that warm sound,” says Moreno. “This is why I wanted to go into the studio for this new record with Gabe Roth. Because of his minimalist approach. He doesn’t use any computers, it’s all his ears. We did it all to tape, using these beautiful old vintage microphones, and playing all together in the same room. So you don’t have the luxury of doing 20 takes for every song. We do three takes and choose the best one out of the three. It was kind of nerve-racking... but it sounds so real.”

The album includes separate Spanish and English versions of the first single, “Se Apagó/Love Is Gone,” a song of heartbreak with a twangy guitar, a bright brass section and a feel of Southern soul. Nashville-based R&B singer Jonny P joins her on their English duet, a couple’s dialog.

Moreno’s uplifting, hymn-like “Fronteras,” which means borders, reveals a theme of hope in the midst of darkness. In a time of persecution of immigrants, the song extends a hand of camaraderie for those who leave everything behind to pursue their dreams. The bilingual refrain captures the essence of “Ilusión” and the composer’s confident, mature state of mind when she created it: “And I laugh and dance. It’s in my blood. And I dream free. This is where I belong.”