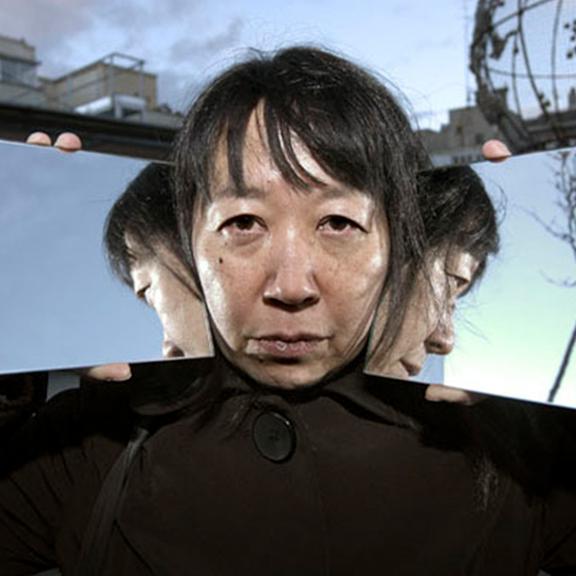 Pomegranate seeds ist he live audio/visual piece inspired and based on the story from Nathaniel Hawthorne’s Tanglewood Tales. Series of video clibs are created using fairy tale as background and playing with puppets crafted by Ikue is controlled and mixed into the psychedelic environment and processing visuals and music in real time. This is the ongoing solo project as a story developed further each time performed. (Ikue Mori)

After moving to New York from her native Tokyo in 1977, Ikue Mori began playing drums in seminal No Wave band DNA with fellow noise pioneers Arto Lindsay and Tim Wright. In the mid 1980s, Ikue began to employ drum machines in the context of improvised music. While limited to the standard technology provided by the drum machine, she nonetheless forged her own signature style. Throughout in 1990s she collaborated with numerous improvisors throughout the United States, Europe, and Asia, while continuing to produce and record her own music. After becoming involved with the city’s flourishing improvisational scene via John Zorn, she began experimenting with drum machines, and in recent years utilizes the laptop as her primary instrument. Last fall, Ikue performed her Twindrums project with Yoshimio at Roulette. Ikue has lead workshops and lectures at University of Gothenburg, Dartmouth College, New England Conservatory, Mills College, Stanford University, and The School of the Art Institute of Chicago. (Pressetext)