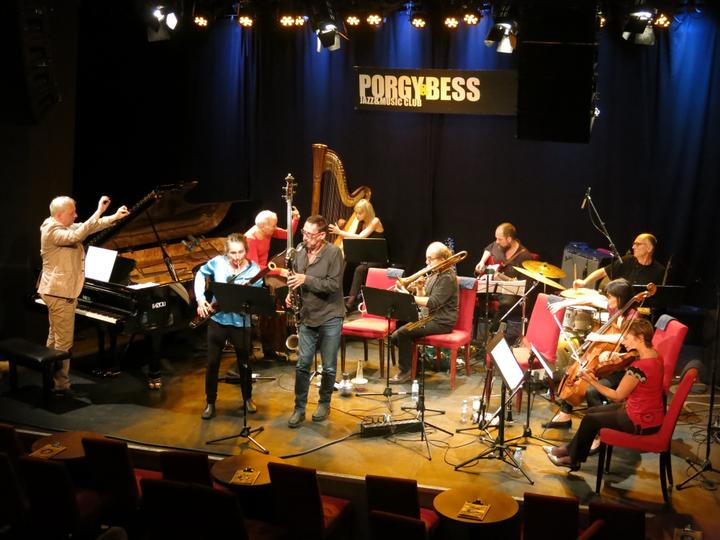 GEORG GRAEWE *1956 in Bochum
... has been composing and performing professionally since 1971 and formed his own group, THE GEORG GRAEWE QUINTET in 1974. He has since been leading a variety of ensembles - ranging from trio to chamber orchestra formats - which have involved some of the leading instrumentalists in contemporary music.

His compositions including chamber music, works for full orchestra as well as scores for films, theater productions, radio drama and video, have been performed and broadcast around the world. He has also written 3 chamber operas commissioned by Oper Köln, Semperoper Dresden, Theater Luzern and Opera Bonn.

In 2010 he curated a series of 27 events that presented different aspects of resonance between music, poetry, visusal arts and science as part of the European Cultural Capital RUHR.2010. A catalogue plus DVD edition documenting this project has been published on Graewe’s own Random Acoustics label.