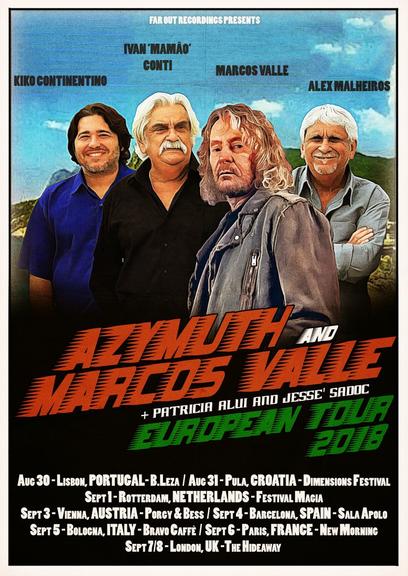 Azymuth & Marcos Valle perform live together for the very first time outside of Brazil. The Rio jazz-funk legends and the renaissance man of Brazilian pop will join forces on stages across Europe in tribute of Azymuth’s original keyboard maestro José Roberto Bertrami, who passed away in 2012.

This special Brazilian supergroup will play Azymuth’s classics and some of Bertrami’s most famous compositions, including ‘Manha’, ‘Jazz Carnival’ and ‘Partido Alto’, as well as some of Marcos Valle’s most well know works, including tracks from Previsao do Tempo (which Azymuth played as backing band on in 1973), and Brazilian Boogie Hit ‘Estrelar’.