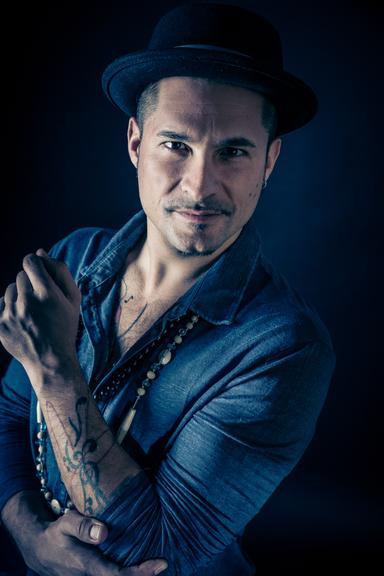 Raphael Wressnig works his mojo overtime. The music world caught on to his highly acclaimed 2014 album “Soul Gumbo”, made in New Orleans with luminaries like Meters bassist George Porter, Jr., Galactic drummer Stanton Moore and R&B icon Walter “Wolfman” Washington. Wressnig is back with two powerful new albums. For two decades now, Wressnig has happily taken his melange of music styles around the world: the entire European Union, Russia, the Middle East, parts of Africa, Asia, the Caribbean, North and South America. He has grabbed the attention of an international claque of critics and has been nominated as “Best Organ Player of the Year” at the DownBeat Critics Poll in 2013, 2015, 2016 and 2017. Wressnig is in the lineage of Jimmy Smith, Jack McDuff and Jimmy McGriff, organists who first built the foundation on that special blend of jazz, blues and funk. Wressnig displays an absolute mastery of his instrument, but also a deep love for and knowledge of all the musical genres; yet he takes it out and adds his own view and spin to the music. “Captured Live” is a nine-song exercise in musical ecstasy thanks to Wressnig and his co-conspirators – The Soul Gift Band. Wressnig is justifiably proud of his central role in performing what he calls “heavy organ soul & funk”. The beautiful instrument, the B-3 organ, is replacing the singer, its sound carrying the band and playing the leads.

It was the early 1970’s when young Gisele Jackson learned to love music. In her father’s version of daycare, Aretha Franklin, Mavis Staples, and John Lee Hooker were her capable babysitters, while he whipped up mouth-watering soul food in the kitchen of a Black-owned bar in her native Baltimore. Gisele delighted at the music coming from the jukebox, marveling at the effect it had.

Before making Brooklyn, NY her heart and home, Gisele toured as a ‘Raylette’ with Ray Charles at the peak of his career, having since also shared many a stage with the incomparable Donna Summer and James Brown, the Godfather of Soul. She has performed in 18 countries in North America, Asia, Europe and Africa. She has performed solo at the leading jazz houses in the U.S.; she has performed as the opening act for Tito Puente, Bette Midler, The Commodores, the B-52’s and a host of other music giants across a variety of genres; she has performed at Carnegie Hall and was requested to perform at the Inauguration of U.S. President William H. Clinton. And so she went to sing for Bill.

"Oh yes, Raphael plays a dynamic brand of B-3, his passion commensurate with his technique and his creative intelligence. He's a high-voltage dynamo but also a musician of surprising delicacy and self-reflection. Call him one of the finest blues/jazz/soul B-3 operators anywhere." (DOWNBEAT MAGAZINE)