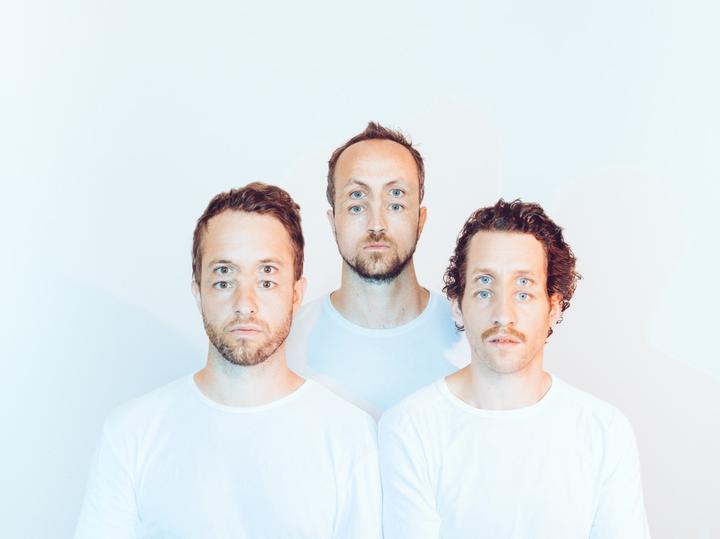 Elektro Guzzi combine club music and live performance to a unique, energetic mixture. They overcome the rigid boundary of analog versus digital, unifying the human being with his machines in an unprecedented way and surprising the listener with their innovative productions. Sónar, Roskilde, Melt!, C/O Pop or Mutek are just a few stations among others, where Elektro Guzzi fascinated with their dynamic live show, without the use of computers or loops.

With their new EP „Parade“, the first release on German label Denovali, Elektro Guzzi broaden their trinity of drums, bass and e-guitar. With implementing trombones -- played by Hilary Jeffery, Daniel Riegler and Martin Ptak -- as extra oscillators, dissociating them from their conventional use, the trombones become part of the human-machine-universe and are used as an additional sound source in order to modulate and explore its variety live on the stage. The four tracks emerged from commissioned work for the Artacts Festival for Jazz and Improvised Music. They move along familiar paths, but also show some new, unusual dimensions of Elektro Guzzi. Opener „Element“ starts gently, bringing the trombones slowly into appearance, culminating in that driving groove, which whips the melancholic sound of the track. Title track „Parade“ reveals the new source of inspiration of the Vienna-based trio. From Haitian Rara music, through New Orleans brass bands to Basic Channel dub, Elektro Guzzi create rhythms beyond four-to-floor, with that special, warm vibe, which remains in the ear of the listener.

Recording, mixing and sound design results from a collaboration with sound enthusiast Nik Hummer. The „Parade“-EP hypnotizes the listener with its diversity of sounds, with floating and dubby rhythms, situated in a stunning sound aesthetic, in which the feeling of its live performance is conserved.