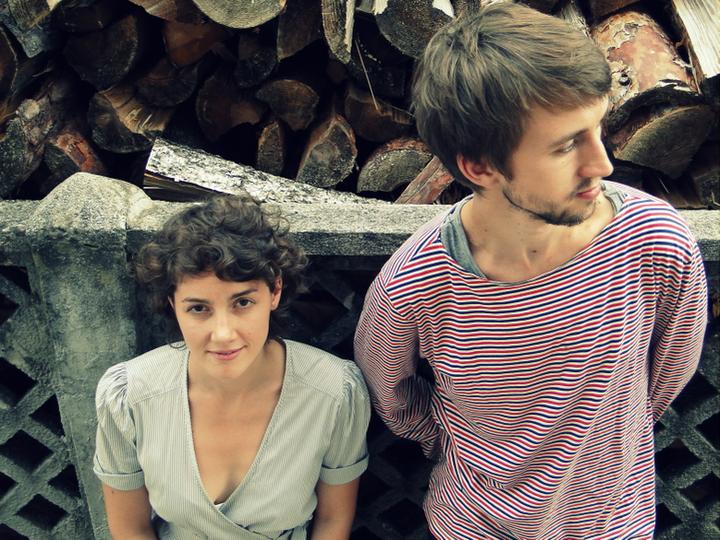 Kaja Draksler (1987) is a Slovenian pianist and composer.
After her studies in the Netherlands (BA in jazz piano and MA in classical composition), she decided to stay in Amsterdam, where she is an active member of the improvisors scene, performing extensively all over the Europe. Besides her frequent solo concerts, she has been working regularly with Čudars-Draksler Duo, Feecho, BadBooshBand, and Draksler-Santos Silva duo. She is also one of the founding members of the interdisciplinary group I/O. She recently formed her Octet.
As a composer she has been commissioned by various international groups, ranging from vocal and chamber ensembles to big bands and orchestras.
Kaja is interested in finding ways to merge the composition and (free) improvisation by working with different structures and musical logics. She is drawn to the idea of erasing the stylistic and historical musical borders, and discovering personal expression and language through composition and improvisation.
http://www.kajadraksler.com/ (ebendort auch ausführlichere Bio mit mehr Detailinfos-kann diese leider nicht runterladen als text)

Matīss Čudars
Matīss Čudars (1991) is a guitar player and composer working in jazz and improvised music. Started as a trombone and xylophone player in a children's music school, meanwhile playing the guitar in the math-metal band Ghiarta. Has studied music in Riga Dom choir school and Amsterdam Conservatory. Currently performing solo concerts, as well as together with the pianist Kaja Draksler, in the singer-songwriter band How Town, as well as with the Latvian Radio Chamber Singers, performing Matīss' compositions.
http://www.matisscudars.com/m/home.html
I’ve been very fortunate for:
1. -My parents’ decision of signing me in at the Ogres Mūzikas Skola at the trombone class.
2. -the children guitar that was in our house for a few weeks when I was 9 years old and that I picked up and played for that time period and decided that I liked doing it.
3. -making new friends while playing street hockey, who turned out to be a band looking for a guitar player. That was my first band Ghiarta - we loved Meshuggah, Dillinger Escape Plan and Sikth. That shaped my affection for work and dedication in the world of music.
http://www.matisscudars.com/m/home.html

Matija Schellander, *1981
Matija Schellander is an Austrian composer and improvising musician
based in Vienna, mostly using double bass, modular synthesizer,
and speakers: processing input, moving air output.
In recent years he has focused on music for double bass solo, developing a project consisting of three parts that incorporates space, movement, light and sound during his stay in Berlin in 2011/12. (part 1)
Another double bass solo project is new music for Dreyer´s Passion of Joan of Arc, commisioned by the Filmarchiv Austria in 2013.
In 2012 Schellander released his first solo CD "sum šum" with 7 electroacoustic compositions inspired by dystopic literature and movies on the label The Manual (Seoul, South Korea).
Schellander regularly works with Maja Osojnik in their electroacoustic duo Rdeča Raketa. Founded in 2008, they have released the tape "Old Girl, Old Boy" on mosz records (2010) and the LP "wir werden" ("we will") on god records (2013).
"Wir werden" consists of two carefully composed pieces each spanning one side of the vinyl album, organically blending various electronic sound sources and field recordings with acoustic instruments like paetzold recorder, double bass and piano.
Opened and closed by spoken word lyrics, Wir werden deals with the past repeating, movements and their absence in front of systems appearing to be crumbling, relationships between people and their inner fears.
The ensemble Low Frequency Orchestra (founded by Angelica Castello, Thomas Grill, Maja Osojnik and Matija Schellander) started in 2003. They have realized many projects, including a CD with Wolfgang Mitterer and sound/text piece with author Anja Utler.
Another project located somewhere between music and performance is the duo with Choi Joonyong, pushing around guitar amps and double basses in Europe and Asia since 2010.
Schellander also collaborates with Attila Faravelli, who released the sound object "freie aerophone" (from his series Aural Tools) inspired by Schellanders solo double bass music in 2012.
http://auraltools.tumblr.com/
Schellander has worked with many great musicians and composers, including Enrico Malatesta, Ryu Hankil, Burkhard Stangl, Franz Hautzinger, Wolgang Mitterer, Dieb 13, Noid, Klaus Filip, Okkyung Lee, Michael Bruckner, Isabelle Duthoit, Kazuhisa Uchihashi, Michael Thieke, Hannes Lingens, Christof Kurzmann, Jin Sangtae, Andrea Neumann, Bernhard Lang, Jorge Sanchez-Chiong, Lukas König, Leo Riegler, Tom Johnson, Martin Brandlmayr, Metalycée, Raumschiff Englmayr, Bernhard Breuer and many more.