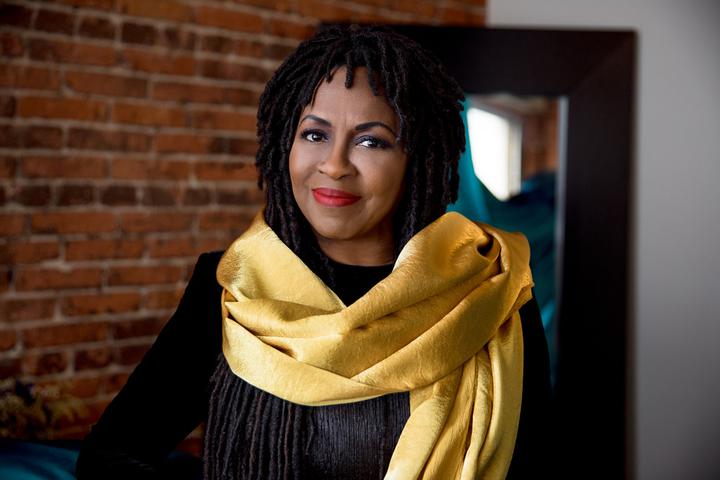 Paulette McWilliams is best known for her deep, sultry, silky, liquid velvet tones, her melodic interpretation, as well as her wide vocal range. She has a range that Luther Vandross totally utilized from singing with the males on the bottom to singing with sopranos on top! Hers is one of the iconic voices behind Michael Jackson”s “Don’t Stop ‘Til You Get Enough” — Michael’s biggest hit – as well as Aretha Franklin’s “Jump To It” or Billy Idol’s No. 1 hit “Mony Mony”.

Her work spans a discography with far too many to mention here: firstly, becoming the lead singer with Ask Rufus and introducing the group to her dearest friend, Chaka Khan with whom she shared the lead in Ask Rufus for a while. Then Paulette became solo/lead singer with Quincy Jones during his “Body Heat” tour and he featured her on his Mellow Madness album – the title song co-written by Paulette. Paulette also toured and sang live with Luther Vandross and recorded with Luther on every album he recorded from “Forever For Always For Love” to the very last album. Paulette also performed all of the Tammi Terrell duets with Marvin Gaye on his last tour which was recorded live. And she worked with an endless list of more artists, performers, and producers in the business, such as Bette Midler, Dolly Parton, Diana Ross, Joan Osborne, David Bowie, Keith Emerson, The Brecker Brothers, Mary J. Blige, Jennifer Lopez, Lauryn Hill, Celine Dion, Whitney Houston, Patty LaBelle, Deborah Cox, Johnny “Guitar” Watson, Herbie Hancock, Anastacia, and the many, many more!