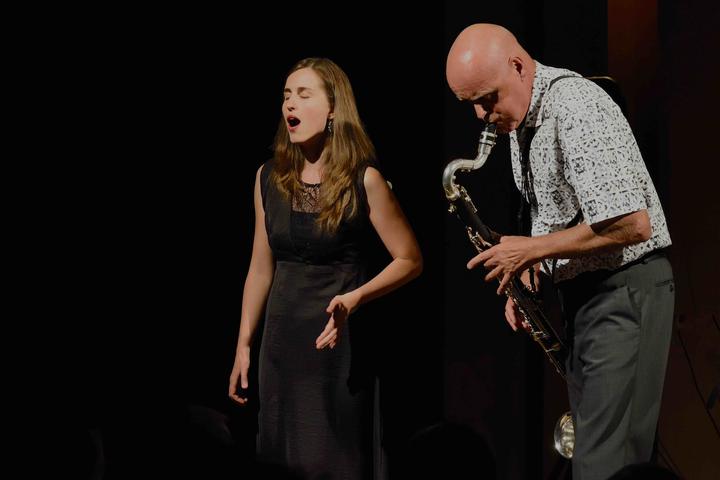 Almut Kühne and Gebhard Ullmann started their collaboration during an artist-in-residency of Ullmann in Willisau, Switzerland 2010. The first CD entitled ‘Silver White Archives’ was released 2014 and was nominated by the German Schallplattenkritik in the category Grenzgänge (crossing borders). Several concerts in Berlin, raving reviews, a nomination for the German Jazz Expo 2015 followed. Meanwhile Almut Kühne is the new vocal star on the improvised music scene.