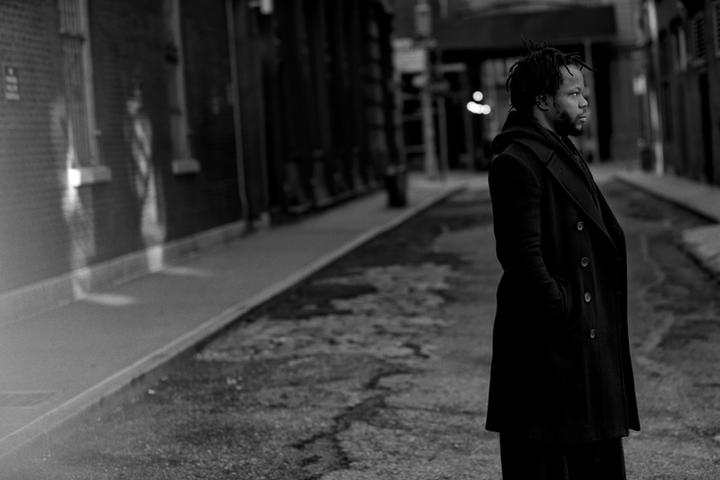 On June 5, trumpeter and composer Ambrose Akinmusire will release on the tender spot of every calloused moment, an arresting new quartet album which presents 11 new original compositions featuring his long-time bandmates pianist Sam Harris, bassist Harish Raghavan, and drummer Justin Brown. The album—his fifth for Blue Note Records—is available for pre-order now and will be released June 5 on CD and digital formats with a vinyl release to follow on August 28. Listen to the lead track “Mr. Roscoe (consider the simultaneous).”

With on the tender spot of every calloused moment, Akinmusire not only asserts himself as one of the best trumpeters in the world, he’s using his voice to dissect the complexity of black life in America. Yet he isn’t trying to summon gloom, he’s unpacking it all. Through his trumpet comes the breath of a black man who’s seen the best and worst of the country, and harnesses it into 49 minutes of gorgeous, shape-shifting art.

It continues a theme first established on his first Blue Note album, 2011’s When The Heart Emerges Glistening: On that cover, he has short hair and a cleanly shaven face. For this one, he has locks, facial hair, and a black hooded sweatshirt. “In a way, I was thinking about this as a sequel to my first record [on the label],” Akinmusire says. “I’m returning to the landmarks in my first album.”

Much like his previous work, on the tender spot of every calloused moment unpacks the feeling of “otherness” and what that means in a country with such a fraught racial history. In that way, it resembles Origami Harvest and 2014’s the imagined savior is far easier to paint. But where those records seethed, this one simmers; Akinmusire examines the past with pondering eyes and not a furrowed brow. (Pressetext)