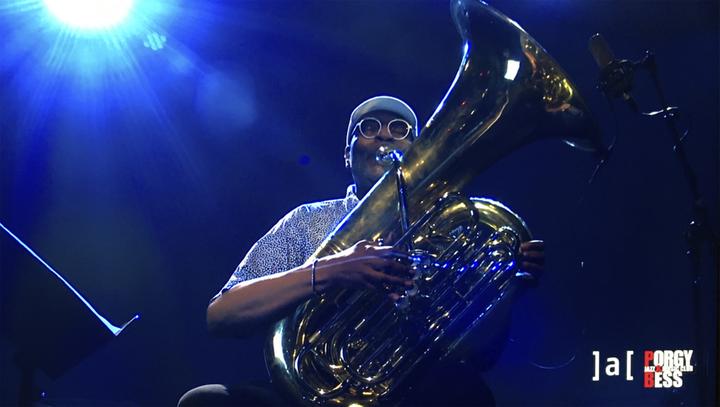 A native of Harlem in New York City, Jon is presenting a program with a diverse mix of African American music which resonated with the culture before and during Jon’s lifetime. The program is dedicated to George Floyd and the call for justice for African Americans. The problems with racism are global. After the world witnessed the murder of George Floyd, seeds were planted globally to move towards defeating racism.

The span of music stylistically is from Jazz Funk, Soul, R&B, Hip Hop and Jon has brought together the best musicians living in Austria best suited to go on this musical journey. On bass-Angus Bangus Thomas, drums-Alex Deutsch, and vocals-Ola Egbowon. Though rarely is such a program interpreted or led by a tuba player, but Jon is uniquely qualified and lives beyond the title “Der Tausendsassa der Tuba".

Jon spent his youth both in the deep south and in Harlem during the civil-rights era through the end of the ’70s. He began playing professionally, simultaneously completing his university studies at the age of 17 commuting between NYC, Boston, and Vienna playing both jazz and classical music. A true one of a kind… his imitable approach and soulful sound on the tuba has given him a truly unique solo career. (Pressetext)

“Jon Sass brings the tuba to places where it’s never been before” (Wavelength, New Orleans)

“Jon Sass has been called the tuba’s answer to Miles Davis, and his music here sizzles.” (Octavio Roca)