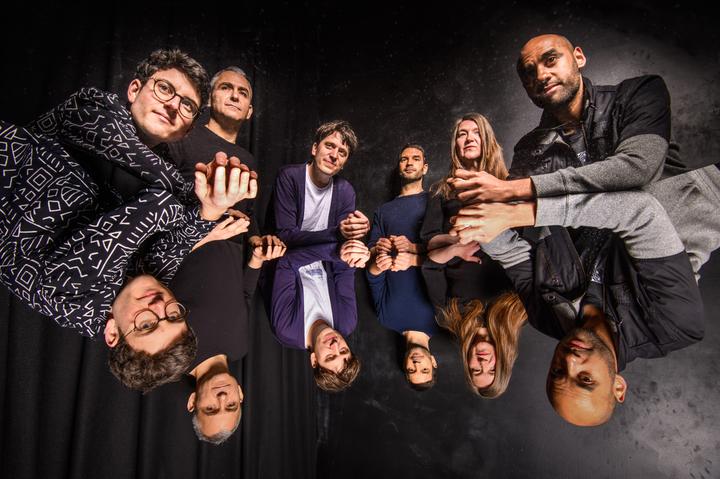 From the Homeric invocation of ethereal opener Atom Story, it becomes stunningly clear that It's Morning, the latest album from the uncategorizable UK ensemble Led Bib, is meant to take the listener on a journey. The wideranging and evocative set is also a testament to the distance the band has travelled on its own evolutionary path. If not the endpoint, it at least sits at a far-flung guidepost along a transformative odyssey undertaken by the eclectic ensemble. 'Led Bib has developed an identifiable improvisation language over the last 15 years,' explains drummer and bandleader Mark Holub. 'After all that time we started to wonder what it might be like to take that language into a whole new area.' The most immediately apparent change from past Led Bib outings is the addition of vocals, folding the band's boundary-stretching vocabulary into gorgeous if complex song forms. The band's core line-up Holub, bassist Liran Donin, saxophonists Chris Williams and Pete Grogan, and new keyboardist Elliot Galvin are joined by a pair of gifted vocalists: Sharron Fortnam, a co-founder of the North Sea Radio Orchestra whose intoxicating mezzo soprano has also graced recordings by the noted British prog-punk band Cardiacs; and Jack Hues, best known as frontman for the 80s new wave band Wang Chung.